Readers — The so-called “Cinderella Law” working its way through Parliament mayÂ sound as if it is going to rescue ragamuffins stuck in their own little corner in their own little chair. But in fact, by expanding the definition of child cruelty to include emotional, psychological or even intangible nnzersdana
harm, it holds the threat of criminalizing any of us who think Â our kids can handle more than the state (or some tsk-tsk’ing agent) believes they can.

So if I think it’s fine for my kid to play outside unsupervised, or stay home alone a bit, but the state thinks, “That’s too dangerous,” or even, “The child could feel Â abandoned!” the state just may win. As London barrister Jon Holbrook writes in SpikedOnline (and I urge you to read the whole piece — it’s terrifying. Boldface mine):

When the Cinderella Law is enacted, the line between the innocent parent and the convicted parent will be at the discretion of a law-enforcement officer. And that is a horrifying prospect….That the governmentâ€™s proposal now includes such forms of intangible harm will mean that children and their many one-eyed advocates in the child-protection industry will find it all too easy to bring normal incidents of parenting within the scope of the criminal law….

Under the amended offence it will be possible for a parent to be convicted of: smacking a child; not providing it with regular meals; leaving a crying baby alone on the petrol forecourt while visiting the station checkout; even ignoring teenage angst. Indeed, the wayward and emotionally fragile teenager, not to mention the teenager who dislikes his parentsâ€™ style of parenting, should have little difficulty making a case for his parents to be prosecuted. Defenders of the new law may guffaw at these examples, and claim that such prosecutions could never happen, but they are wrong.

Under the current law, a number of parents have already fallen foul of child-protection officials who, having lost all sense of perspective, have used criminal law to prosecute parents whose behaviour fell a long way short of anything that warrants a â€˜criminalâ€™ tag.

He cites two cases in Britain that sound just like cases here. In one, a dad left his 2 year old in the car for 10 minutes while he went into the drug store. For this he was convicted of child cruelty. In another case, a mom left her 6-year-old at home for 45 minutes. Eight years later she is still fighting to have the “caution” (which sounds like a citation) removed from her record. Thanks to this scarlet letter, she has been turned down from two universities where she hoped to study nursing.

And these were BEFORE the Cinderella Law expanded the reach of the parenting police.

Now, you may not ever leave your own child alone at home or Â in the car. But there is still a difference between cruelty — literally hurting a child — and making a parenting decision that is perhaps sub-optimal. But as Holbrook writes:

The expansion of criminal law beyond its proper role is undermining parental responsibility, and itâ€™s making parents dependent on the state to tell them how to parent.

The state does not know or love our kids more than we do. And yet, it can whisk them away. That sounds less like Cinderella and more like the Wicked Witch. – L 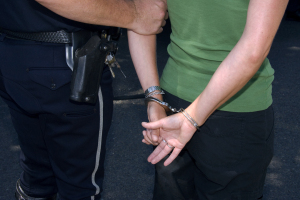 That’ll teach you not to intangibly affect your child’s self esteem!Â

How to Protect Your Child from Predators
First They Came for the See-Saws, and I Said Nothing…