Then ekznbttdbh
they came for the merry-go-rounds, and I said nothing. Then Â —

The city is putting the brakes on spinning playground equipment following reports of injuries, a Parks Department spokeswoman said.

Rotating metal saucers that kids ride at two Park Slope [Brooklyn] playgrounds were recently welded into place so they can’t move, and the city has made similar modifications or removed a total of seven disks citywide “in the interest of public safety,” the spokeswoman said.

The spokeswoman declined to discuss how many injuries had been reported or other specifics.

Turning the spinning disks into statues angered Park Slope parents, who said the city was going too far to protect kids.

â€œI think it sucks,â€ said dad David Friedlander, whose 2-year-old was disappointed to find the the spinning disk at Vanderbilt Playground inÂ Prospect Park suddenlyÂ stuck in place in late November. â€œI think it’s a sad commentary on how litigious and afraid we’ve become of having our children get a few boo-boos.”…

The city removed a swing at Slope Park last year after several kids broke their legs while playing on it, but parents said the spinning metal disk didn’t seem to present nearly the same risk….

Great reporting by Leslie Albrecht at DNAinfo.com. Â And thanks to my former editor at the New York Daily News, Josh Greenman, for sending. Read the rest here and figure out a way to protest the systematic excision of any and every speck of Â “risk” from our children’s lives.. (And speaking of excision, I just had dental surgery! So fill in for me with lots of great ideas!) – L.Â 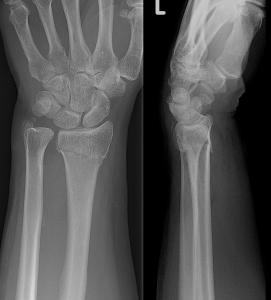 Bureaucrat Rorschach Test: This is what the Parks Department sees when it looks at playground equipment.

29 Responses to First They Came for the See-Saws, and I Said Nothing…