I’ve been wanting to stick a stake through this tkfrybzenh
latest HUM (Halloween Urban Myth) for a week now, but darned if Janelle at RenegadeMothering didn’t go and do a fantastic job of same, which some of you sent me. (Thanks!) Her post, “Dear Internet, Nobody’s Going to Put Ecstasy in Your Kids’ Candy” begins:

Okay, Internet. We have to talk. Again.

You must knock it right the fuck off with your timely and earnest warnings to “moms and dads” to BE ON THE LOOKOUT for Ecstasy pills that “look like candy” and may be put into their kids’ trick-or-treat bags.

What the hell is wrong with you?

Have you never done Ecstasy?

Okay. Clearly we have different histories. No worries. I’m willing to share. Take a moment to follow me here.

Nobody is going to put Ecstasy in your kids’ fucking Halloween candy.

First, that’s a waste of Ecstasy. Ecstasy is expensive. Nobody gets it so they can dose children. WHERE’S THE FUN IN THAT? The whole point of Ecstasy is to relax in a cuddle puddle of 3-12 dear friends smoking cigarettes drinking vodka redbull and expressing deep adoration while stroking each other’s forearms.

NOT THAT I’VE EVER DONE IT.

No but seriously. Please. Pull it together.

They are also not going to accidentally give it to your kid. Why? Because people with drugs know what they look like. Very, very well. Ever get a Valium prescription? Yeah. That shit’s nice, right?

Would you ever confuse your Valium pills with Sweet Tarts and hand them to a tiny lion on your doorstep?

No. Of course you wouldn’t.

BECAUSE THAT IS NOT A THING.

What IS a thing is warning parents about non-existent dangers, including poisoned candy AND the idea that sex offenders choose this day to pounce on pint-sized goblins. Please remember that when actual researchers looked into this HUM, the information they gleaned led them to consider calling their paper, “Halloween: The Safest Day of the Year.”

So grab some candy corn and chill! – L 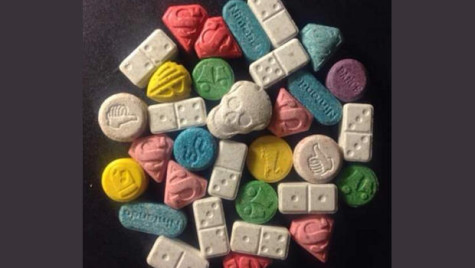 Anyone who thinks people are giving Ecstasy to trick or treaters must be high. (And P.S. This does not even look like normal candy!)

Autistic Man in Jail for Talking to Some Kids
Hey Kids, Have a Happy Halloween! Just Be Aware that You Could Be Grabbed, Kidnapped, Thrown into a Trunk…

80 Responses to No, Your Neighbors are NOT Going to Give Your Trick or Treater Ecstasy