Hi kbfsttyenh
Folks! This piece comes to us from a gal who uses the pseudonym Shelly Stow when she writes about sex offenders at her blog Justice for All, where this post comes from. Shelly is a member of Reform Sex Offender Laws, a group that tries to keep our fears for our kids from corroding into injustice. This piece dovetails with a terrific piece by Emily Horowitz on the Huffiington Post today titled, Manufacturing Fear: Halloween Laws for Sex Offenders. – L

IT’S ALMOST HALLOWEEN: WHAT DO WE DO ABOUT THE SEX OFFENDERS?

Two months ago I posted Is August Too Early to Write About Sex Offenders and Halloween? in response to yet another legislator looking to make hay by writing an ordinance making it a crime for anyone on the sex offender registry to participate in Halloween-related activities. 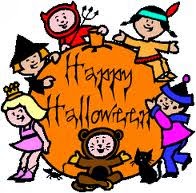 Now it is time to address the full topic. Why, you ask? Why advocate for not monitoring registered offenders on Halloween? What’s the harm? I’m so glad you asked.

Now it’s time for the experts to weigh in:

This is from an academic research study:
“There were no significant increases in sex crimes on or around Halloween, and Halloween incidents did not evidence unusual case characteristics. Findings did not vary across years prior to and after these policies became popular.

“In order to contextualize sex crimes against children we examined over 5 million victimizations that took place in 30 states on or around Halloween in 2005. The most common types of crime from among the incidents reported on Halloween and adjacent days were theft (32%), destruction or vandalism of property (21%), assault (19%) and burglary (9%). Vandalism and property destruction accounted for a greater proportion of crime around Halloween compared to other days of the year (21% vs. 14% of all reports). Sex crimes of all types accounted for slightly over 1% of all Halloween crime. Non-familial sex crimes against children age 12 and under accounted for less than .2% of all Halloween crime incidents.

“Other risks to children are more salient on Halloween. According to the Center for Disease Control, children ages 5 to 14 are four times more likely to be killed by a pedestrian/motor-vehicle accident on Halloween than on any other day of the year. Regarding criminal activity on Halloween, theft and vandalism are particularly common. Sex crimes against children by non- family members account for two out of every thousand Halloween crimes, calling into question the justification for diverting law enforcement resources on that day away from more prevalent public safety concerns.”

This is from non-academic commentary:
“The intimidation campaign is a silly diversion of manpower and a waste of your tax dollars. Police and the politicians who are in search of tough-on-crime votes will tell you otherwise, but don’t believe the myth that Halloween is the night child sexual predators wait all year for. The facts tell a different story… Over the past several decades, there has not been one reported instance that I can find of a convicted sex offender molesting a child on Halloween night.”

And finally, this is a Halloween safety research and resource guide for parents published October, 2011, by a highly regarded world wide organization called safekids.com. There is nothing to quote from them. There is only the fact that they have researched every element of harm to children in connection with Halloween; their guide covers every possible eventuality and tells parents how to guard against it. It has many graphs, charts, and results of studies. Not one time within its 8 pages do the words “sex offenders” or “registry” appear. I believe that is called an argument from silence.

So please, enjoy Halloween; help your kids enjoy Halloween. And please spare a moment to think about the children whose Halloween enjoyment is curtailed because one of their parents is a registered sex offender and they are unfortunate enough to live in one of the jurisdictions where unneeded laws and restrictions make Halloween all trick and no treat for them.

29 Responses to Sex Offenders and Halloween