“…nothing in this Act shall…prohibit a child from traveling to and from school on foot or by car, bus, or bike when the parents of the child have given permission; or Â expose parents to civil or criminal charges for allowing their child to responsibly and safely travel to and from school by a means the parents believe is age appropriate.”

AÂ caveat adds, “…nothing in this section 10 shall be construed to preempt State or local laws.â€™â€™

So, yes, there is still wiggle room for states to criminalize parents who trust their kids to walk to school (or who sleep through them doing this on their own). But it’s a great start. You can find the law right there on page 857, after 856 absolutely riveting pages of other clauses and sub-clauses.

For his part, Sen. Lee did not end up supporting the bill itself, but he emailed me that:

“OurÂ amendment protecting parents who allow their kids to walk to school is definitely a silver lining. Unsupervised moments are a huge part of how children learn, grow, and build the skills that prepare them for the rigors of citizenship and the adventure of adult life.â€

And, my favorite line:

â€œAmerica faces great challenges today. Kids walking to school with their parentsâ€™ permission is not one of them.â€

No kidding. So if any of you work in state politics, now is the time to bring this issue to the attention of the legislature to make sure that state laws do not criminalize parents who choose to trust their kids the way our own parents trusted us (when the crime rate was actually higher). Yes, it’s weird we have to have a law that lets parents parent, but a lot of kids will be back outside once their moms and dads don’t fear arrest for allowing the most normal, healthy, time-honored childhood activity out there.
Â .
And maybe next year we can get a law that guarantees kids the right to play outside, too. Dream big! – L. 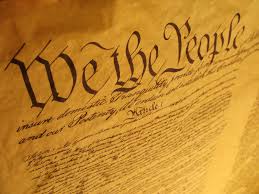 We the people…can legally let our kids walk to school. What a country!

80 Responses to PRESIDENT ABOUT TO SIGN FIRST FEDERAL FREE-RANGE KIDS LEGISLATION: PARENTS CAN LET THEIR KIDS WALK TO SCHOOL