Dear isssifsedb
Free-Range Kids:
.
Hello!  My name is L. and today I had a pretty traumatic experience. I am a nanny for 3 children and haven’t been doing it for too long..
Today when I had the kids I needed to get gas so I pulled into the nearest gas station pulled out my card and swiped at the pump, the pump for whatever reason told me to pay inside. So I cracked the window even though the temp was around 65 and windy I even had a light jacket on, and locked the doors. I went inside to pay.
.
When I came back out there was a strange lady by my car and she started screaming at me say how Awful of a person I was and so on. She had called the police and when he arrived he said I did a terrible thing and I’m not responsible and am lucky he wasn’t pressing charges on me. It wasn’t the heat that he complained about it was the fact that someone could have put their hand in the window and unlocked the door and taken the kids. ‘
.
Growing up my mom left me in the car all the time, so when I told the officer I didn’t think it was a problem he fired back and called the children’s parents. I just don’t get what the big deal is. I’m not sure how many parents take their kids inside the gas station when getting gas. I live in Ohio and from my understanding there are no laws again such a thing. I really need to know if what I did was wrong or people are just over reacting .

I wrote back: You did nothing wrong at all, and people who think that in the time it takes to pay for gas your kids are going to be kidnapped need a strong dose of reality. The chances of any child getting kidnapped in America are 0.00007%. In fact: MORE CHILDREN DIE IN PARKING LOTS than if they wait IN the car.
.
I wish that crazy “good Samaritans” and the cops could understand how outrageously rare kidnapping is. But with TV showing us night after night of tragedies, it is really hard to keep perspective. They can’t remember: If it’s on the news it’s because it is RARE. We don’t turn on the news and see the 100s of millions of kids who waited in the car a few minutes and NOTHING HAPPENED.
.
Let me know if you’d like me to run your story on my blog. I hope that the more people hear about this outrageousness, the more it becomes an issue that we have to change. And also, let me reassure you that most likely this is the end of it. If the cop isn’t pressing charges, that’s it. Thank goodness.
.
I’m so sorry you went through this needless assault on you and your judgment. I would hire you as a nanny in a second! – L
.
And she wrote back:
.

Thank you for taking the time to reply to my email. Yesterday I felt extremely stressed about the whole situation and being a 20 year old without kids I was worried that I did do something wrong. When I was younger my mom left me in the car for the gas station, post office, cvs, to get milk and so on. It never seemed to be a problem.
.
I watch over 3 kids, 4,5 and 15 months. In my head it was a much better option to leave the kids in the car then unbuckle them from all their car seats and leave.. I also considered the time that it would take. So if someone could get all three children out of my car and in to theirs in under the 2 minutes I was in the gas station…  It would be impossible. I would be okay if you would like to run my story, I would like to remain anonymous for the sake of my job. I also went online and did some research of the city of where this occurred and found this:
.http://www.neighborhoodscout.com/oh/brecksville/crime/.It’s a website that shows the crime rate in the city I was in.

Lenore here: I looked at the website. Last year the town had ONE, count ’em, ONE count of violent crime in a town of 13,533. It rates 94 out of 100 in terms of safety. How DARE a cop treat this young woman as if she had TRULY endangered the kids, when that is patently, provably, pathetically untrue? And what we can WE do — the Free-Range community — to stop this cruelty and suspicion? Really, please come up with some solutions. I can’t take it! – L
. 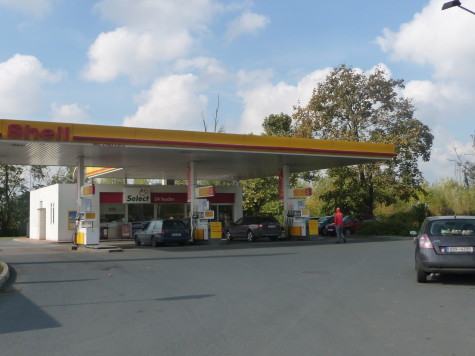 115 Responses to THIS MUST END: NO MORE HARASSMENT FOR LEAVING KIDS IN THE CAR A MINUTE OR TWO!