Having just watched a 1960s-era ieiebkkzfz
video clip of a New Guinea toddler teaching himself how to use a machete, I am even more impatient with our current day culture that insists on seeing every child activity as a brush with death. Consider this insane news report, sent to us by alert commenter Alisha, in Arizona. As KVOA reports:

Two girls said they were approached by the same man near campus a few weeks ago, so a meeting to talk about safety was called for Thursday evening.

There have been no new incidents since these two girls reported the strange encounters. But with no suspects and no arrests, the school doesn’t want to wait for a third.

“According to both girls, he was trying to pull them into an isolated spot,” said Catalina Principal Kathi Shaw.

Sensing something was not right, both students left the scene and reported what had happened to the school and police.

“I don’t want to think that any of my students could ever be in danger,” said Shaw.

Freshman Ariah Gomez said he knows one of the students who was approached.

According to the girls, the man told them he was from Pima Community College and wanted to interview them.

Council member Steve Kozachik is worried the man may have been up to something much more sinister.

To address that issue and safety in general, the school hosting hosted a neighborhood meeting this very evening in its auditorium Thursday night.

Here is the reason I need your help in figuring out what I can do to help my community regain their common sense! In one fell swoop we go from someone asking to interview a teenage girl for a college project to human trafficking! I’m not saying that the guy wasn’t a creep but really what’s more likely, a college age guy doing some social study who awkwardly tries to interview a couple pretty girls or some sicko trying to grab a girl and sell her into sexual slavery?

Let’s look at the facts- He tried on two separate days to talk to two different girls in broad daylight on a very busy street with lots of foot traffic. If he was trying to abduct them I’d think he’d pick a much more secluded spot during a quieter time of day when it’s easy to isolate someone instead of in the middle of the mass exodus of 800 students leaving school for the day.

Now I know the girls said he tried to “pull them into an isolated area.” I watched an interview with one of the “victims” later and she made it clear he never touched her or tried to touch or pull her. Instead it sounded like he gestured or suggested they move to a quieter spot, which makes sense if you are trying to interview someone like he said….

The councilman said this might be a broader issue and that this is a national and international issue. Now I know Tucson has a few issues and we are close to the Mexican boarder, but in my 35+ years of living here I have yet to hear of a single high school girl who was abducted and sold into slavery in broad daylight in front of a school. …

Anyways this is exactly why I need your help figuring out how to start talking to these councilmen or representatives about using common sense.

Okay, readers: My advice is for her to simply share this post, which lays out the preposterousness of the fears just beautifully. But if you have other sanity-restoring ideas, please share them! – L 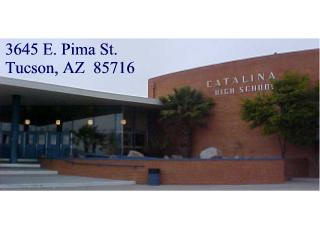 UPDATE! Girl, 11, Babysitting Her Siblings Could Not Save Them in Tragic Fire. Start the Parent Blaming?
“Sticks and Stones” — Too Harsh for Today’s Kids?

87 Responses to From “A Stranger Talked to a Girl” to “MY GOD WHAT IF IT’S A SEX TRAFFICKER?!?”