Storyteller Tom yrkzkrdrrz
Shillue ponders exactly the children’s rhyme I have been thinking a lot about lately, “Sticks and stones may break my bones, but names will never hurt me.”

It’s annoying that I have to add a caveat here that I do not endorse bullying. (Come on — who does?) (Besides some presidential candidates, I mean.) But I do endorse encouraging our kids to shrug off some of the stupid and/or unkind behavior they encounter.

Shillue’s analogy — inoculation — is one I use, too: Once kids see they can deal with a bit of sturm und drangÂ and pop back up, they are inoculated with resilience, a fantastic, emboldening trait. Resilience is the opposite of the hypersensitivity our culture seems to endorse.

Ah — I am getting boring and wordy. Here’s Tom. And the question I have for you today is: ARE kids learning the phrase, “Sticks and stones…” anymore? Or has it gone the way of lawn darts? – L 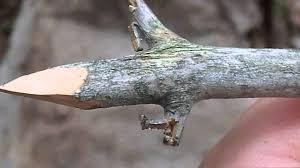 Of course, some sticks hurt more than others.

From “A Stranger Talked to a Girl” to “MY GOD WHAT IF IT’S A SEX TRAFFICKER?!?”
Pres. Obama: Resist Signing the International Megan’s Law

77 Responses to “Sticks and Stones” — Too Harsh for Today’s Kids?