This was the year a second grade teacher learned never to bring carpentry tools to school, even as a high school student in a bathing suit was forced to stand outside in the Minnesota winter. And then there’s the kid who was crazy enough to share his lunch. 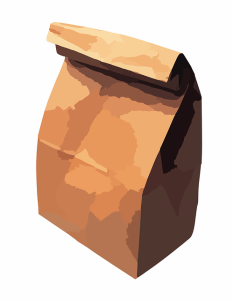 A 13-year-old boy at Weaverville Elementary School in California shared his school lunch (a chicken burrito) with a hungry friend. For this, he got detention. Superintendent Tom Barnett explained, “Because of safety and liability we cannot allow students to actually exchange meals.â€

2.Â Sunscreen not allowed on field tripâ€”kids might drink it

A San Antonio, Texas, school forbid students to bring sunscreen on a field trip. Why? According to spokeswoman Aubrey Chancellor, “We canâ€™t allow toxic things to be in our schools.â€ The children, “could possibly have an allergic reaction (or) they could ingest it. Itâ€™s really a dangerous situation.â€

A letter home from the Harley Avenue Primary School in Elwood, New York, read, in part: “The reason for eliminating the Kindergarten show is simple. We are responsible for preparing children for college and career with valuable lifelong skills and know that we can best do that by having them become strong readers, writers, coworkers and problem solvers.”

A second grade teacher at Chicago’s Washington Irving Elementary School was suspended for four days without pay for bringing screwdrivers, wrenches and other shop tools to class, and demonstrating how to use them. These are dangerous items.

This one’s in Canada! On a day when the windchill dipped to -34 Fahrenehit, school bus driver Kendra Lindon’s bus broke down. Knowing it could take a long time for a replacement to arriveâ€”and that kids would be waiting outside till it didâ€”she picked up the few children on her route (including her son) in her SUV. A neighbor noticed two kids sitting in the cargo hold without seat belts and called the bus company. She was promptly fired.

6.Â 79-year-old substitute teacher fired for having student-friends on Facebook

Carol Thebarge was a substitute teacher at Stevens High School inÂ Claremont, New Hampshire, for nine years and was friends with aboutÂ 250 current students on Facebook. She was told to unfriend them or lose her job. She chose to lose her job. SuperintendentÂ Middleton McGoodwin told the press, “Sheâ€™s loved by many, but that doesnâ€™t give you allowance to ignore a protocol designed to protect all.â€

Da’von Shaw, a Bedford, Ohio, high school student, brought apples and craisins to school for a “healthy eating” presentation. When he took out a knife to slice an apple, his teacher told him he was not allowed to use it. He immediately handed it over to her. Case closed? Nope. Later that day he was suspended for a week because he brought a weapon to school.

The mother of a special needs child in Walnut Grove, Missouri, raced to school when she got a “frantic” call from her kid’steacher. After she was buzzed into the building, she ran straight to his room, thereby committing the cardinal sin of not signing in. The school went into lockdown. Cops arrived and took the mom to the police station, where she was charged with trespassing.

9.Â Girl in wet bathing suit forced to stand outside… in February… in Minnesota… due to school policy

After the fire alarm went off in Como Park High School in St. Paul, Minnesota, everyone evacuated, including Kayona Hagen-Tietza, 14, who had been swimming in the gym pool and didn’t have time to change. School policy forbids teachers from having students in the car, so she stood outside, barefoot, for 10 minutes in 5-degree weather until a teacher obtained “permission” to let her sit in her car just this once.

Ean Chaplithn, 13, was twirling his pencil, which made the child sitting behind him feel “threatened or uncomfortable.” That’s all it took for the Vernon, New Jersey, school to send Chaplin for a 5-hour physical and psych evaluation. His urine was tested and blood drawn.Â â€œWe never know whatâ€™s percolating in the mind of children, okay?” the superintendent, Charles Maranzano, said. “When they demonstrate behaviors that raise red flags, we must do our duty.â€

And a very Happy New Year to everyone who goes to school, works at a school, or is suspended from school for a sandwich swap, monkey wrench, or pencil twirl!

This piece originally appeared on Reason.com.Â

53 Responses to The Craziest Zero Tolerance Stories of 2014