“Flying frtdzdyiet
has gotten safer since the 1980s, but the headlines about the fewer disasters are bigger,” reader Stacey Gordon writes in a note to us, which included a link to Ask the Pilot. The salient part:

…Whatever caused the crash of flight 8501, the year appears to be closing on a tragic note. Thatâ€™s a shame, seeing that 2013 was the safest year in the history of modern commercial aviation. Not to sound flip, but we canâ€™t expect every year to be the safest, and itâ€™s important to look at the broader context. This year will be something of a correction, but over the past ten or fifteen years the rate of fatal accidents, per miles flown, has been steadilyÂ falling. The International Civil Aviation Organization (ICAO) reports that for every million flights, the chance of a crash is one-sixth what it was in 1980, even with more than double the number of planes in the air.

Whenever people bring up the less-than-stellar accident record for 2014, I remind them of how bad things used to be. In 1985, 27 â€” twenty seven! â€” serious aviation accidents killed almost 2,500 people….Â That was an unusually bad year for any era, but throughout the â€™60s, â€™70s and â€™80s, multiple major accidents were once the annual norm. Today, large-scale air disasters are much fewer and farther between. You almost wouldnâ€™t know it, of course, switching on the TV: the mediaâ€™s fixation and round-the-clock coverage of what, in times past, would have been only short-lived stories (or in some cases complete non-stories), messes with our perspective and gives many people the idea that air travel is a lot more dangerous than it actually is.

As Stacey points out: This parallels the coverage we see of kidnappings and crime. Violent crime this past year fell ANOTHER 4.4%. We should be dancing in the streets — and our kids should be playing in them (or at least in the parks). But as oft noted here, it is had to keep perspective when they sky (and everything in it) is constantly falling.Â 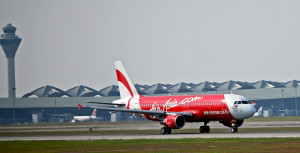 11 Responses to Missing Planes, Missing Kids and “Ask the Pilot”