October 20, 2017
Follow freerangekids
Zach Anderson’s tale is terrifying. It could happen to almost any of our sons, and even our daughters (like Shawna). ydydzebeai
At least, in Indiana it could.

To recap: After Zach, 19 at the time, met a girl on the app “Hot or Not,” they had consensual sex and went their separate ways, he back to his home in Indiana, she back home in Michigan. Consensual sex between two teens 17 and 19 is not a crime. What Zach didn’t know is that the girl who said she was 17 was actually 14.

If the victim lies about her age in a statutory rape case, that can be reason to dismiss the crime in Indiana, but not in Michigan, where the trial occurred. There, the fact that Zach thought she was 17 made no difference.  Nor did it matter that the girl and her mom both begged the court to treat Zach leniently. He got 25 years on the Sex Offender Registry.

But after the case landed on the front page of the New York Times (though you read it here first!), Zach got a new sentence: Two years’ probation. Those two years were just about to end THIS WEEK, when — as you also read about recently — Zach was arrested for two counts of contact with a minor. Not PHYSICAL contact. Not VERBAL contact. Certainly not SEXUAL contact.

We’re talking about the least contact a person can have with someone else and still have the authorities call it contact. 1) He ate pizza at his parents’ home while his father, brother, and a friend of the brother’s were there. The friend turned out not to be 19, as the family assumed, but 17. Zach had no contact — did not actually talk — to his brother’s friend at all. And 2) At church, where Zach volunteers, a 17-year-old girl started interning, which, even though he had not met or spoken to her, meant SOMEHOW this was contact with a minor, too. (The authorities learned of these events when Zach “admitted” them at a polygraph test.)

It boggles the mind to think that those two almost unavoidable and entirely inconsequential “contacts” could throw Zach on the registry till he’s middle-aged. And yet — as this note below from Lester Anderson, Zach’s dad, explains — they could. The “HYTA” program he mentions is an act that allows young first-time offenders to avoid prison or a permanent record if they behave. It is what, at the second sentencing, kept Zach off the Sex Offender Registry. (And it could have helped two other young men sentenced for the same “crime” by the same judge, but those didn’t make it to the New York Times, so presumably they have 23 years to go.) So here is Lester’s note:

Last night we were informed that Indiana Department of Probation was the one who violated Zach’s probation.  They also recommended that his HYTA status be rescinded.

What does that mean?  Zach would be on the sex offender registry for the next 25 years.  Why?  Because of the polygraph that Zach took and self-reported info.  He informed his Probation Officer that he stopped over at our house after class for 2 pieces of pizza and left.  Our younger son was there with a friend whom we asked how old he was.  We were told 19 only later to find out he was 17.

Zach had no contact with him, never spoke to him or even looked at him.  The visitor has written a statement acknowledging that he and Zach never had any contact and will testify in open court to that fact.

The second [offense] they are accusing him of having contact with is one of the worship leaders at church.  They do not serve together and have never had any contact at all.  The girl has already sent an email stating that she has never met Zach and doesn’t know who he is.  She has also said that they have never interacted and is also willing to testify in open court.   She is a high school graduate who will turn 18 in December.

This one really hurts.  The church has been Zach’s safe haven and [the authorities] have stooped so low to use that to harm him.  The church has been behind Zach through this whole ordeal and that is the one place where he has found friends.  So Indiana wants to destroy his life over contacts that never happened.  Because of these alleged contacts they are going to make list of violations based on that.

Zach has complied with all of his conditions of probation.  He was a week a way from possible discharge and now his Indiana probation officer wants to make sure that Zach never sees the freedom he so deserves.

This proves all the more the punitive nature of our justice system and the witch hunt on Zach’s head because we stood up for him for a grave injustice.  This is payback.  This is a witch hunt and his Indiana probation officer should be ashamed of herself for wanting to take his freedom away.

Remember, Indiana’s laws provide a defense for someone lying about their age and now they are the ones who want to keep him in the system for a very long time.

Zach?  He is stunned.  He was sick most of the week.  It seems every day brings a new twist.  To come this far and work this hard to be almost a week a way from possible discharge and now to be wondering if he is facing jail time or sex offender registration is gut wrenching.

Michigan and especially Indiana should know that we are watching and very much hoping for justice, not rank and obvious vengeance. 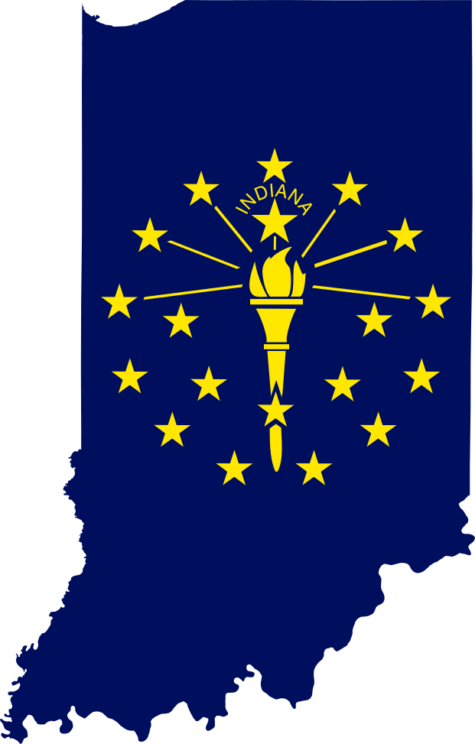 Indiana: Don’t sully your state with a vindictive case against a decent young man.

What Age Did You Let Your Kids Start Trick or Treating without An Older Person?
Why is Adolescent Anxiety Spiking?

64 Responses to Turning Church Volunteering into a Crime: For Shame, Indiana