“This story out of the heartland â€“ northern Indiana and southwestern Michigan â€“ deserves a bigger audience.Â Â  Two teenagers meet via a hookup app but one turned out to be younger than the magic legal age.Â Â  Now the older one is in jail for a misdemeanor, but once heâ€™s served the time it gets even worse: 25 years of his future will be mortgaged to the Michigan sex offender registry.

“Often those charged with sex offenses are shamed into silence.Â  Whatâ€™s unusual is that this young man and his family are fighting back.Â  The Andersons of Elkhart, IN have taken to the internet, social media, local newspapers and the courts.Â  There are even ‘Justice 4 Zach’ t-shirts to drive home a poignant message about that scarlet letter, the sex offender registry.

The local paper, the Elkhart Truth, put the story (below) on the front page.Â  In the nearby bigger city, the South Bend Tribune has also been covering and even carried an editorial about the case.

Here you go — boldface mine.

The young man from Elkhart, 19, pleaded guilty in Berrien County, Mich., Trial Court in March to a misdemeanor count of criminal sexual conduct for having sex â€” consensual sex â€” on Dec. 19, 2014, with a Niles, Mich., teen. She said she was 17, and met him in person after a whirlwind courtship in cyberspace that started with a meeting via the social app Hot or Not.

It turns out she was only 14, though, two years under the age of consent in Michigan. And now, Anderson finds himself sitting out a 90-day jail sentence, with another five years probation and, of particular concern to his parents, 25 years on Michiganâ€™s sex offender registry. Worse yet, Les and Amanda Anderson, who run a small Elkhart media and printing company, fear their son could face a lifetime on Indianaâ€™s sex offender registry on returning to the Elkhart area after his jail sentence is up.

â€œHereâ€™s the thing: This mistake should not haunt him the rest of his life,â€ Les Anderson says from the family home in east Elkhart. Thatâ€™s where his son â€” a 2014 Concord High School grad and Ivy Tech Community College student until his jailing â€” lived before Judge Dennis Wiley handed down the sentence on April 27.

In light of Zach Andersonâ€™s age and clean criminal record, Wiley could have offered him leniency under Michiganâ€™s Holmes Youthful Training Act, as his lawyer sought in sentencing. The Niles girl and her mom â€” whom the Elkhart Truth wonâ€™t name because the teen is a victim â€” even asked for leniency, asked that the case be dropped altogether.

â€œWhat do I say? I feel that nothing should happen to Zach,â€ the girl said at the first of his two sentencing hearings April 13, accompanied by her mother. â€œI, I mean I, I donâ€™t know. I just … if you feel like something should, I feel like the lowest thing possible.â€

Her mom followed her daughter at the hearing.

â€œI donâ€™t want him to be a sex offender because he really is not and I know that thereâ€™s an age difference and I realize that (name deleted) was inappropriate that night, we didnâ€™t know,â€ the mother said. She continued: â€œIâ€™m very sorry and I hope youâ€™ll really consider the fact of just dropping the case. I canâ€™t say anything more than that. I hope you really will for all of our families.â€

Wiley didnâ€™t drop the case and ultimately denied Zach Anderson HYTA status, told him heâ€™s â€œdarn luckyâ€ he got the deal he did. HYTA, geared to first-time offenders ages 17 to 21, allows eligible participants to expunge criminal convictions on complying with sentencing conditions, thus avoiding the stigma of a criminal record as they enter their adult years.

Read the rest here. Â Here is the Justice for Zach Facebook page. Here is the South Bend Tribune’s editorial. And here is what I have to say: Our sex offender laws are cruel, draconian and not making anyone safer. They must be overhauled, now. It is time to demand our lawmakers stop peddling the idea that these are making our kids safer. What if our kid is 19? – L 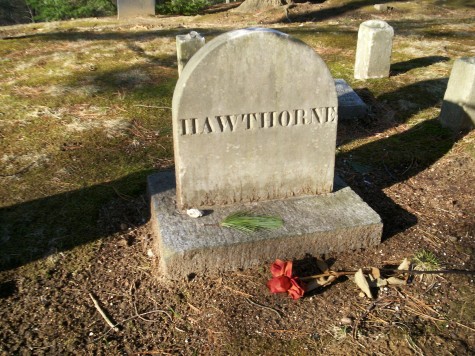 This guy would have no dearth of material today!