What is the rationale behind this so-called public service announcement that insists children cannot even wait in the car A MOMENT?

If erkiadfirh
children died in cars this quickly, they’d be dead the second mom came to a red light. The fact is, each year, more children die in parking lots than die while waiting in the car.

So this ad is not only going to subject more children to danger, it is scaring parents about an extremely unlikely tragedy, making it seem like it happens in a MOMENT. This is a wild-eyed view of our species, this idea that without mom’s eyes on her kids, they die. It’s like magical thinking, except tragic. Tragical thinking. Why is the government turning normal, decent parents into pariahs for the “crime” of one moment of convenience? – L 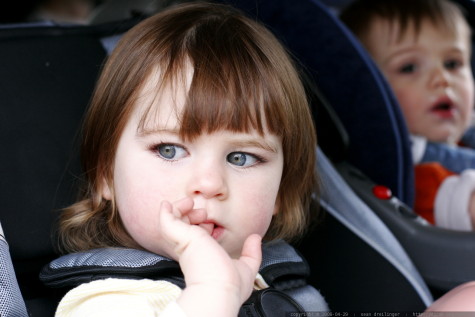 If you leave me here to return the shopping cart, you are a BAD MOMMY! I learned that from TV.  Photo credit: sean dreilinger / Foter / CC BY-NC-SA