You can probably figure out why an astute reader sent in this column from Patrick htzyiydish
Smith‘s “Ask the Pilot” blog. It’s titled, “The Silent Anniversary,” and begins:

AS NOVEMBER comes to a close, we’ve passed a remarkable milestone. It has now been fifteen years since the last serious crash involving a major U.S. air carrier.

On November 12th, 2001, American Airlines flight 587, an Airbus A300 bound for Santo Domingo, went down in the Belle Harbor section of Queens moments after takeoff from JFK airport, killing 260 people (see below for details). Since that day, there has not been a large-scale, multiple-fatality disaster involving a U.S. major. Over ten billion passengers have traveled safely aboard American, United, Delta and Southwest. We also could add jetBlue, Alaska, Hawaiian, Spirit and Frontier to that list; and, when they still were around, US Airways, AirTran and Northwest.

To be clear, there have been a handful of tragedies involving regional carriers and freighters, from the UPS accidents in Dubai and Birmingham, to the Colgan Air and Comair crashes, in which dozens died…. [But it’s] the majors that set the standard, and it’s only fair that we measure from there. And, in decades past, one or two catastrophes a year involving a legacy carrier was considered normal, even expected. Where we stand today is almost unbelievable. Fifteen years is by far the longest such streak, ever.

Read the rest here. And then think about fear of flying vs. reality of flying. Not that there are no plane crashes, ever. Just that they are rare and unpredictable. And as I wrote in that fateful column 8 years ago, “Why I Let My 9-Year-Old Ride the Subway Alone“:

These days, when a kid dies, the world — i.e., cable TV — blames the parents. It’s simple as that. And yet, Trevor Butterworth, a spokesman for the research center STATS.org, said, “The statistics show that this is an incredibly rare event, and you can’t protect people from very rare events.”

And yet, that is what the culture and, often, the cops insist we do: Stop doing something that’s normally very safe, that wasn’t safe one tragic, anomalous, unpredictable time:

Don’t let your kids walk home from camp. Or wait for the bus. Or play outside. Or wait in the car while you run an errand. Don’t let them swing on the swings, or even wear their bathroom pass on a lanyard. Don’t you remember that horrible time when…?

Like airplane crashes, crime has been going down. It is at about a 50-year low — a remarkable low we should be wildly celebrating by letting our kids play in the park, and trot off to school.

But the crime drop is a “silent” story, too. The front pages do not scream, “Wow are kids surprisingly safe!” They never will. 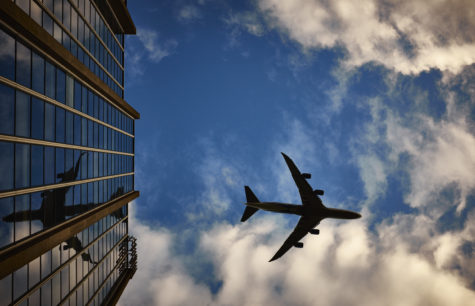 Why does THIS airplane story go unmentioned?

More Wild Investigation of Family that Let Son Wait in Car 20 Minutes: Boy is Stripped Naked, Photographed
Boy, 6, Left to Care for His Younger Siblings While Mom Away for Days

65 Responses to The Shocking Airline Story Nobody Is Reporting, And Its Relevance to Free-Range Kids