Readers, afhraiznaz
here’s a piece I wrote for The Weekly Wonk that got picked up by Vox. My thesis: It is considered good, even holy, to imagine danger all around. The more perils you point out, the better a person you are.

The Richland, WA, school district is phasing out swings on its playgrounds. As the district’s spokesman recently told KEPR TV: “It’s just really a safety issue. Swings have been determined to be the most unsafe of all the playground equipment on a playground.”

Ah yes, those dangling doom machines. All they sow is death and despair.

But while this sounds like yet another example of how liability concerns are killing childhood (seen a see-saw anywhere in the last 20 years? A slide higher than your neck?), it’s deeper than that. Insurance underwriters are merely the high priests of what has become our new American religion: the Cult of Kiddie Danger. It is founded on the unshakable belief that our kids are in constant danger from everyone and everything.

The devout pray like this: “Oh Lord, show me the way my child is in deathly danger from __________, that I may cast it out.” And then they fill in the blank with anything we might have hitherto considered allowing our children to eat, watch, visit, touch, or do, e.g., “Sleep over at a friend’s,” “Microwave the macaroni in a plastic dish,” or even, “Play outside, unsupervised.”

This explains everything fromÂ cops arresting parents for letting their kids wait in the car a few minutes, to TV specials on the “dangers” of posting a picture of your kid. Over and over nearly non-existent threats are treated like invitations to doom. I used to think it was just one-upsmanship, this crying of “Danger!” But now I really believe there’s a mystical element. It’s either that we secretly believe the more we worry , the safer we’ll be. (Worry is our way of appeasing the Gods.) OR it’s that we feel our job is to be all-seeing, omniscient beings when it comes to our kids. In other words, our job is to BE God, which means trying to predict and prepare for every eventuality.Â

Either way, there is some subtext of religion, which is one reason it’s so hard to convince anyone that our kids can be outside unsupervised: People feel we are trying to “convert” them. (We are…to rationality.) – L 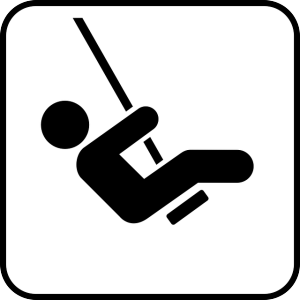 Hey Parents: Treat Your Healthy Baby Like She’s in Intensive Care!
Crime Down, Fear Up