Readers kbkznbzbnh
— The idea that our kids are only safe if they are under literally constant supervision is one that subtly but surely keeps changing childhood. Watch it at work in suburban Seattle:

Dear Free-Range Kids: Hello! I want to share, but I really feel the need to stay anonymous, because clearly Free-Range children are not the norm, even if they should be.

This Tuesday my 6 Â (nearly 7) year old daughter held a lemonade stand. She planned it very carefully, making mock-up signs until her spelling was perfect, making a list of supplies and arranging to purchase, borrow, or rent them. She contracted with a friend who runs a non-profit to rent a big drink dispenser for 5% of the proceeds.

She also asked the retired couple (fire fighter and school bus driver, who spend their summer days reading on their front porch) if she could set up on their corner two doors down from us. This was our suggestion because we knew that the neighbors would be around and watch out after the proceedings as well as enjoy the happy noise the kids make.Â She helped me make lemonade from scratch, bake cookies, and make sun tea too.Â  We were super proud of her really taking responsibility for thinking this out.

So, on the day of ,we (we also have 4yo and 2yo daughter) took several trips to and fro in our wagon, hauling things out to the corner, the bigger girls running ahead of me. After I got everybody settled, we realized we had failed to grab the sunblock, water, and the littlest needed a diaper change. So myself and the smaller two headed up the hill (two doors down). While I changed the diaper in my trunk, I could still see my entrepreneur. I sent the 4yo into the house grab water. I told her it was okay to walk thru the neighbors’ yard and deliver the water as I was loading the toddler back onto the wagon with the sunblock.

I followed her directly. Somewhere in that time, K sold a couple of lemonades. At this point I couldn’t be prouder of how responsible my girls were all being.

Half an hour later the police rolled up.

Two armed police officers got out and questioned me about the children being alone on the corner. There had been a call from someone who was concerned for their safety because they were all alone. They wanted to know how many times I had left the girls, and how long.

I smiled big and explained calmly that we lived two doors down and I could see the goings on the whole time. I guess I’m lucky a friend was visiting us when they came, because as they left they reminded me to make sure I left an adult in charge if I walked back to the house again, still only two doors down. The fact that my friend was standing there really seemed to make them feel like I could comply.

Honestly, if I had been alone with the children I do not know if that would have turned out so well. They then backed away and addressed the girls about the hot day, and if they were having fun, then offered them stickers. The girls offered them lemonade, but they declined, and left.

I spent the rest of the hot day on the corner as I had promised my daughter could stay open till 5PM. The baby never got another diaper change and she missed her nap, but I did send the 4yo back for more water while I stood over-obviously in the intersection making sure everyone knew I knew where they all were.

I’m completely sickened and shocked. Totally afraid to even let the girls pick raspberries on our own yard unless I’m standing over them now. Not because of what might happen, but because of what someone else will think MIGHT happen.

I hate the nearly constant insinuations that I should have a full-time nanny now that I have three kids (even tho I’m a work from home mom), so that all of my children have constant supervision because of all of the things that MIGHT happen. It seriously happens all the time. Why is our world so full of hateful thoughts about each other? Please keep doing what you are doing, because it makes me feel sane in the face of insanity. — The Lemonade Mom

“Judging by the restrictions and regulations against them, youâ€™d think lemonade stands were one the top threats facing America. Every summer we hear about childrenÂ fined or bannedÂ for operating lemonade stands that fail to comply with bureaucratic requirements. Heaven forbid our children should have the freedom to be entrepreneursâ€”apparently thatâ€™s just not safe.” 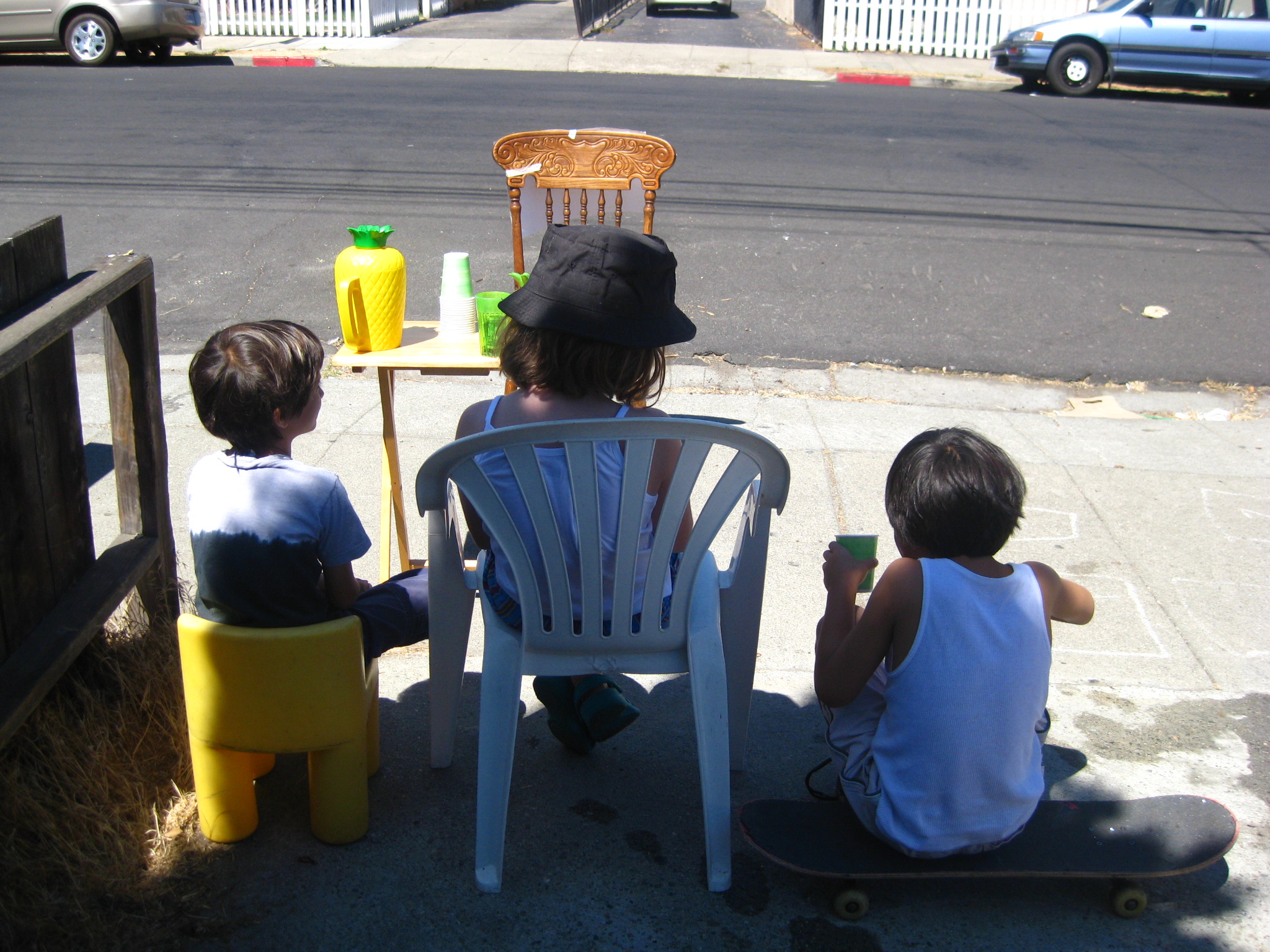 What’s wrong with this picture? NOTHING! Remember that, America!!