Following up on the Zach kiyrdabyrs
Anderson case — the 19 year old on the Sex Offender Registry for 25 years for having consensual sex with a girl who said she was 17 (but was really 14) — comes this grandma’s letter. The Sex Offender Registry is a Free-Range issue because it grows out of the belief our kids are in constant danger and it perpetuates that belief, by making many non-threatening people like Zach into scary dots on the “maps of local sex offenders.” These are the maps many parents consult when deciding if they can let their kids walk outside or wait at the bus stop, or really have any unsupervised time at all. It is hard to let your kids roam the neighborhood if you are convinced it is an off-site wing of Sing-Sing.

Dear Free-Range Kids: I hope this young man gets a reprieve from this unjust law. Unfortunately, there are hundreds if not thousands in his and his families situation. I live in California, and while there are laws that restrict those whose age difference is only three years apart, the age of consent is 18, So if the girl is 17 (but looks 25, and has a fake ID) , and the male is 20/21, he is considered a sex offender. It doesn’t even have to involve sex, a touch (hug/kiss) is considered lewd conduct. Yes, our friends son spent time in prison for this! His life is over.

Our registry is life time. Forever. Most go to prison, not jail. We have over 100,000 on our registry. So, there is no way to know who is possibly a danger, because it is saturated, and some pictures may look like it was a dirty old man, but the offense may have been committed 30 or 40 years ago when the now old-looking man was 19 or 20.

And our tax dollars are being used to support these laws. No one can even tell us how much this is costing the tax payer, while our education system, infrastructure, water systems, etc. decay.

They can’t find housing (no one will rent to them), they can’t get jobs (no one will hire them), they are shunned by society. And yet it’s become the best way for politicians to get votes, by using them as pawns.

The general public has no idea what is happening, nor do they care if it happens to be someone who committed a sexual offense, but they ought to be concerned because someday it might be their son and their family torn apart over what a few decades ago was considered normal behavior.

I was just 16 when I met my husband of 21. Today, he would be considered a sex offender. I wonder what would have become of us if we had these laws back then. We have been successful, happily married for well over 40 years with children and grand-children. My grandfather is in a Hall of Fame, yet he married my grandmother while she was just 15, he being 20! People say, “Well that was different back then”. Really? I don’t believe that human behavior changes just because we are in a different century.

Yes, we need to protect the innocent, but let’s do that by ensuring only those that truly are a risk to our safety are prosecuted. This has become the biggest cash cow of our century. – Jill 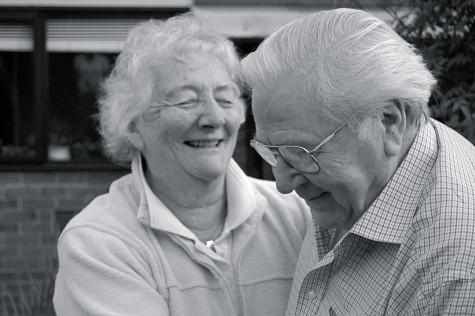 If only you’d been thrown in jail for courting me, and then placed on the Sex Offender List so you couldn’t live near me or get a job.

19 y.o. on Sex Offender List for Consensual Teen Sex May — or May Not — Get Reprieve
What About Letting Kids Swim at the Beach without a Parent?

98 Responses to A Grandma Reflects on Sex Offender Laws: “My Husband Would Have Gone to Jail”