On finding an [unsupervised] 18 month-old child:At both my mom and dad’s funerals, one of our old neighbors, Mrs. P, shared her “How I met your Mother” story.Her family had just moved in down the street.  The movers were unloading furniture and Mrs. P was unpacking her car with her 4 kids in it when she noticed a toddler sitting in the driveway playing with her children’s toys.  She picked her up and noticed she was freshly bathed and happy.  She knocked on the house next door but no answer.  She went to the next house, and they said, “Oh, that’s one of (my Mom’s). She just got home from the hospital with her 10th baby.” Mrs. P brought my sister into our house where my mom was nursing a newborn (me).  My mom invited her in for tea and they started a friendship that lasted a lifetime.  She joined the bridge club that the moms in the neighborhood had running for 20 years.  Her family joined our church and we carpooled to sports with their kids.  I am still good friends with their youngest daughter.  All over a lost toddler.I guess this could have gone in another direction if Mrs. P had an attitude of “I was like WTF was that bitch doing…” but as a fellow mom who loves kids she knew that parenting isn’t about perfection. A runaway toddler in her driveway opened up so many friendships for her because she cared and got involved and didn’t rush to judgement over a momentary lapse in parenting. –  lollipoplover

Lenore here: AND because she didn’t call 911! 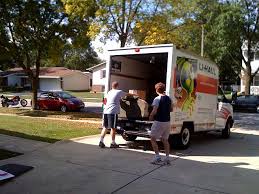 Moving in: Potential pals or the secret police?