Letâ€™s knryirhbfa
hear it for the reporter in this BBC report on the Joey Salads puppy/park/predator video. She takes him to task for pulling the â€œ700 children are abducted a dayâ€ factoid out of his fannypack. (Or, worse, randomly off the Internet.) What I do not love is that, of course, many of my most trenchant points ended up on the cutting room floor, including the fact that this stranger-with-a-puppy-AND-a-camera-crew scenario almost never happens, and that if you really want to warn parents about a common danger theyâ€™re unaware of, make a creepy video of mom or dad driving their kidsto soccer practice.

I was also kinda sickened by the scary music, and the hoary trope of the empty swing. If I were a swing, Iâ€™d file a class action suit against the media for defamation of character. Or maybe Iâ€™d get some fellow swings together and weâ€™d protest in front of a newspaper or TV station, carrying signs like: â€œJust because Iâ€™m empty doesnâ€™t mean a child was snatched off of me.â€ â€œSwings Arenâ€™t Scaryâ€ and â€œIâ€™m Empty Because of YOU!â€ 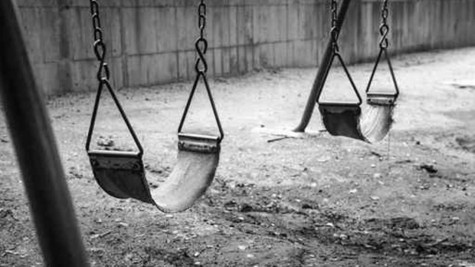 NJ SUPREME COURT TO DECIDE IF LEAVING CHILD IN CAR A FEW MINUTES IS AUTOMATICALLY “NEGLECT”
Thanks, New Jersey, For The Child Protection Laws That Are Driving Me CRAZY

26 Responses to Puppies, Predators, Parks, Paranoia, The BBC…and Me