“Of course we ran around as kids. Happiest days of my life! But times are different today…”

To those who say that, here is this, from Johan tffrihhbzr
NorbergÂ in The Spectator:

‘We have fallen upon evil times, politics is corrupt and the social fabric is fraying.â€™ Who said that? Donald Trump or Bernie Sanders?…Itâ€™s difficult to keep track. They sound so alike, the populists of the left and the right. Everything is awful, so bring on the scapegoats and the knights on white horses.

Then, like Steven Pinker and others before him, Norberg goes on to list the mindboggling ways our world is getting so much safer Â — like the statistic I just read that, globally, life expectancy is up 19 years just since 1960 (including a 5-year increase since just 2000!).

If you think that there has never been a better time to be alive â€” that humanity has never been safer, healthier, more prosperous or less unequal â€” then youâ€™re in the minority. But that is what the evidence incontrovertibly shows. Poverty, malnutrition, illiteracy, child labour and infant mortality are falling faster than at any other time in human history. The risk of being caught up in a war, subjected to a dictatorship or of dying in a natural disaster is smaller than ever. The golden age is now.

Weâ€™re hardwired not to believe this. Weâ€™ve evolved to be suspicious and fretful: fear and worry are tools for survival. The hunters and gatherers who survived sudden storms and predators were the ones who had a tendency to scan the horizon for new threats, rather than sit back and enjoy the view. They passed their stress genes on to us. That is why we find stories about things going wrong far more interesting than stories about things going right. Itâ€™s why bad news sells, and newspapers are full of it.

Norberg, who’s got a new book coming out, then explains what I call the Google Effect — the way that, when we ask our brain a question, it brings up answers immediately. Unfortunately, the top “search results” are usually the weird, tragic, outliers, because those are the easiest stories to remember and retrieve. And since they are right there at our finger (brain?) tips, they seem relevant, the same way the top results in any Google search seem relevant.

In almost every way human beings today lead more prosperous, safer and longer lives â€” and we have all the data we need to prove it. So why does everybody remain convinced that the world is going to the dogs? Because that is what we pay attention to, as the thoroughbred fretters we are. The psychologists Daniel Kahneman and Amos Tversky have shown that people do not base their assumptions on how frequently something happens, but on how easy it is to recall examples. This â€˜availability heuristicâ€™ means that the more memorable an incident is, the more probable we think it is. And what is more memorable than horror? What do you remember best â€” your neighbourâ€™s story about a decent restaurant which serves excellent lamb stew, or his warning about the place where he was poisoned and threw up all over his bossâ€™s wife?

Bad news now travels a lot faster. Just a few decades ago, you would read that an Asian city with 100,000 people was wiped out in a cyclone on a small notice on pageÂ 17. We would never have heard about Burmese serial killers. Now we live in an era with global media and iPhone cameras every-where. Since there is always a natural disaster or a serial murderer somewhere in the world, it will always top the news cycle â€” giving us the mistaken impression that it is more common than before.

The same goes for the fears we have for our kids. It feels like kids are “constantly” getting snatched or dying in hot cars, when in fact, kidnapping is rare and hot car deaths are too (rarer, as I’ve said a million times, than parking lot deathsÂ — which are also, thank God, extremely rare).

Meantime, who’s the gloomy grandstander who said, “We have fallen upon evil times, politics is corrupt and the social fabric is fraying”? It was an inscription from Mesopotamia, 3800 BC. (Emphrasis on the “Mes,” I guess.)

It may not feel that way, but that actually pre-dates this election cycle. – L. 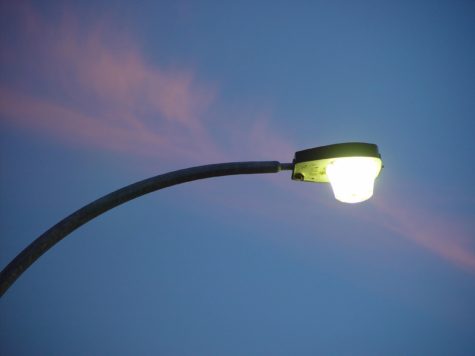 Time to go inside, kids!

Is Reading this Article Going to Put You in Terrible Danger?
Actually Helpful Advice on Getting Teens to Start Backpacking

21 Responses to “We Stayed Out till The Streetlights Came On. But Times Have Changed”