A ihdazziefs
study in England has found that one in five young children is reported to child protective services.

This 45-second audio clip from the BBC’s Today Programme is described thusly:

One in five children born between 2009 and 2010 were referred to social services before the age of five because of fears of neglect or abuse, according to researchers from the University of Lancashire.

Professor Andy Bilson told Today presenter Justin Webb that the 150,000 referrals of concern was “creating a huge haystack in which we are trying to find the needle of the children who are really at risk”.

As Bilson tells the interviewer, the effect of this kind of Orwellian oversight is profound: “If you’re aÂ parent and somebody Â has logged a concern about you, it doesn’t matter if you are formally investigated. Â You will still feel that you are under threat that you are likely to lose your child.”

This terror and shame felt by so many perfectly fine families is the result of our three modern day beliefs:

1 – All children are in constant danger from everything, including their parents.

2 – All children are fragile, and whatever mini-miseries we could “survive” as kids, children today can’t.

3 – Therefore, if you see something, say something — even that “something” is as mild as a mom holding her baby in her arms as she walks, rather than having the child “safely” in a stroller. That’s an actual story I just received today. A Facebook friend photographed the local police blotter, which listed that phone call.

It DOES take a village to raise a child. But somehow the villagers have been convinced they are too ignorant or incompetent Â to actually help the neighbors, and must instead summon the authorities. It reminds me of the signs here in the NYC subways: “If you see a sick passenger, contact an MTA employee or a police officer.”

Like we couldn’t possibly attempt to aid the person ourselves. We have been told to give up all normal compassion, concern and competency. Just call 911.

I’m not sure if the people in Britain (and here) who called about 20% of the babies believe they were truly witnessing abuse, or simply aren’t sure what constitutes abuse, so they needed someone else to decide. But the net effect is turning neighbor on neighbor, and giving vast authority to outsiders whose job is to leave no stone unturned. Even pebbles.

Somehow we must give compassion, concern and competency back to us citizens, as well as a basic belief in our fellow humans, not just the ones licensed by the state. – L 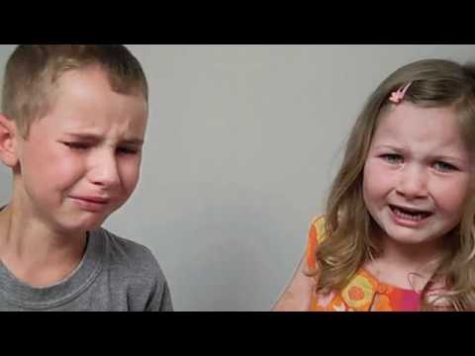