A recentÂ Johns ysrnfnnehz
Hopkins studyÂ found that today’s kids are so inactive that by the time they reach 19 they have the activity level of 60-year-olds. I have a piece in today’s Wall Street Journal, “19 is the New 60,” looking at childhood sluggishness and making one blindingly simple suggestion. But first off:

Why are kids so sedentary? On top of the lure of electronics, which the Hopkins study recognized, there’s anotherÂ unaddressed reason: The belief that kids must spend all their free time in supervised activities (and, often being driven to and from them).

Senior [Hopkins] author Vadim Zipunnikov said: ‘Activity levels at the end of adolescence were alarmingly low, and by age 19, they were comparable to 60-year-olds.

‘For school-age children, the primary window for activity was the afternoon between two and six P.M.

‘So the big question is how do we modify daily schedules, in schools for example, to be more conducive to increasing physical activity?’

Â
The big answer is: We come up with a way to get kids playing again.Â To that end, we try to re-normalize going outside without an adult. We do this by pointing out that most kids are NOT in constant danger when they leave the house. Crime is down since we were kids, and we got to play. It builds agile minds and bodies. Let’s do it!
But until that approach works its magic, here is another great idea for how to get kids moving WHILE keeping them supervised enough to assuage parental fears:
OPEN THE SCHOOL’S GYM AND PLAYGROUND FOR “AFTER-SCHOOL RECESS.”
Put out some balls and other things, like cardboard boxes, and chalk. Have an adult somewhere on the premises (with an epi-pen), acting less like a coach or teacher, more like a lifeguard. And then: let the kids figure out their own games, deal with their own disputes, and play the whole afternoon. This was we solve almost every problem at once:
1 – There are other kids around to play with.
2- There is an adult nearby in case of emergencies.
3 – Kids come up with their own fun, teaching them social skills, focus, communication, imagination…
4 – When kids run around they run around. They actually move more than in organized sports.
5 – No one has to drive them anywhere!
6 – Parents, even those in dangerous neighborhoods, know that their children are safe after school.
When I spoke at the Hamlin School in San Francisco, a very lovely private school, Head of School Wanda Holland GreeneÂ was already doing this. She understood that if kids go home, they may not venture out again, and if they did, they might not find anyone else to play with. So they play at the school.
This is a SIMPLE, ALMOST FREE solution. And as I say in The Journal:

This solution is also good for kidsâ€™ mental health. Peter Gray, a professor of psychology at Boston College and author of â€œFree to Learn,â€ says that as play has declined, kids have become more anxious and depressed.

…Mr. Gray makes a persuasiveÂ caseÂ that kids lose their â€œlocus of controlâ€ when adults take over more of their timeâ€”driving them, teaching them, watching them. But during free play, the kids make the rules and decisions. Thereâ€™s a strong connection between happiness and feeling in control of life.

Long story short: Adults should stop stealing away the time kids need to play. Give it back and they wonâ€™t become so old so young.

IF YOUR SCHOOL WOULD LIKE TO CONSIDER AN AFTER-SCHOOL, FREE-PLAY RECESS PROGRAM, PLEASE LET ME KNOW! I’d be happy to talk to anyone there, and might want to document it! Thanks! Â – L.
. 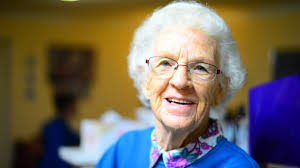 I’ll race you to the drinking fountain!

Gentleness On My Mind: Glenn Campbell, a Boy, a Bathroom and Non-Hysterical Times
The Case Against Starting Serious Soccer Lessons Too Soon