Here’s another horrifying case from the Family hbtznfzias
Defense Center in Chicago. A baby’s fractured leg convinced the Department of Child and Family Services that she has been abused, despite the fact that fractures like hers are common in kids, and there was absolutely no other evidence against the parents.

The state fought tooth and nail to keep the kids. I’m not sure what would’ve happened if the family hadn’t gotten Â expert legal help. Â (You can donate to the CenterÂ here.) Â  – L.

Familyâ€™s 15-Week Nightmare, After DCFS Jumps to Unsupportable Abuse Conclusions, Leads to State Backing Down From Trial Against Loving Parents

In the early afternoon of February 3, â€œCassieâ€ S., mother of 13 month-old â€œHannahâ€ and 8-year-old â€œMaya,â€ first noticed after Hannah got down from her high chair that the toddler wasnâ€™t putting weight on her left leg. Thinking at first that perhaps Hannahâ€™s leg had just fallen asleep, Cassieâ€™s mother put Hannah down for her nap while Cassie left for her nursing school class, calling her husband â€œNateâ€ to let him know that she was watching to see if something was wrong with Hannahâ€™s leg. When Hannah continued not to use the leg after waking up, Cassie and Nate called their pediatrician, who advised them to give her Tylenol, keep an eye on her, and bring her to an appointment the next day.

Cassie and Nate decided not to wait: Cassie brought Hannah to the emergency room at Central DuPage Hospital at about 6:15 p.m. while Nate stayed home with Maya, who was recovering from the flu.

X-rays soon showed Hannah had a fractured tibia and fibula (two lower leg bones that commonly break together). Because Cassie couldnâ€™t say for sure how Hannah got the fracture, the hospital staff called the DCFS. Only later did the family learn from two pediatric orthopedics and medical literature that the sort of injury Hannah had is considered to have â€œlowâ€ suspicion for abuse and it is hardly uncommon for parents to witness the incident that caused the fracture(s) to occur.

Unfortunately the x-ray findings, which naturally concerned the parents, marked just the beginning of the familyâ€™s nightmare. Without even interviewing Nate, or talking to the hospitalâ€™s own child abuse pediatrician, and without Hannah being seen by a single orthopedist (for whom injuries like Hannahâ€™s are fairly routine), DCFS decided to take both children into State protective custody.The investigator went to the S.â€™s home and made Nate wake Maya, only to remove her from the home and place her and Hannah with a relative as their temporary foster parent. It was the first time either child had slept away from their parents.

The next day â€” still without talking to the hospitalâ€™s child abuse pediatrician, the family pediatrician, other the family members or friends, or Mayaâ€™s teachers â€” DCFS filed a petition to take custody of both children from the S.â€™s in the Juvenile Court of Kane County. Based on hearsay representations concerning the emergency room doctorâ€™s opinion, the judge ratified the rushed decision that DCFS had made without talking to any doctors who had relevant expertise in toddler tibia/fibula fractures.

The Family Defense Center stepped into the case six weeks later, with a trial date then set for June 2. Aggressively fighting for the family, Center Executive Director Diane Redleaf argued for dismissal of the petition against the family. It was the first time, according to Kane County Judge Parkhurst, that such a motion had been filed in that courtroom for parents. The Judge granted the motion to dismiss, but kept the children away from their parents while the State had to re-file an amended petition that set out facts supporting the conclusion that Hannah was abused.

Eventually, at a deposition, the same emergency room doctor who had caused the Hotline call admitted that, had he known there was an older sibling who sometimes played a bit roughly with Hannah, the hotline might not have been called at all. Even so, the State refused to back down, insisting that it had to investigate the opinions of other doctors when no such investigation had preceded the DCFS decision to take the children in the first place.

At the end of the day, however, the Stateâ€™s Attorney of Kane County agreed with the family that there was no evidence making abuse a likely explanation for Hannahâ€™s fracture. On May 22, 2015, the Stateâ€™s Attorney voluntarily withdrew the petition and the children, clinging to their parentsâ€™ arms in the courthouse, were returned home that day. This marked only the second time in Family Defense Center history when the State conceded it did not have a case it could take to trial. And Nate and Cassie were told that their case was the first the caseworkers had ever seen in which an outside attorney had advocated for parents in that courtroom â€” which makes them wonder how many other innocent parents are not receiving the sort of legal representation that might exonerate them.

The familyâ€™s 15-week long ordeal was especially traumatic for the oldest daughter who, due to her special needs, could not understand or accept the removal from her home and parents. Mayaâ€™s removal from her parents also caused special hardship to her and her family because she requires special transportation to school, which became unavailable during the relative foster care placement. To make matters worse, Cassie was forbidden from transporting her own daughter to school under the Courtâ€™s orders that required all of the parentsâ€™ contact with their children to be supervised.

The happy ending in the Juvenile Court also did not completely resolve the indicated findings against both parents, which have been registered for 20 years on the stateâ€™s child abuse register. As this is being published, the family, with the Centerâ€™s help, is still fighting to get the parentsâ€™ names off the register because DCFS had â€œindicatedâ€ them for causing Hannahâ€™s bone fracture. Even when the State admits it has no medical evidence against a family, there is no automatic removal of their names from the register. Right now, the S.â€™s career plans (Cassieâ€™s as a nurse and Nateâ€™s as a police officer who had moved to Illinois to get medical care for Maya, after being a cop in New Orleans) are on hold as they continue to navigate to get their names cleared with the Centerâ€™s help.

The S.â€™s have vowed to help the Center in any way they can, however, so that families like theirs never have to go through the same ordeal of having their precious children suddenly taken without a meaningful medical assessment first.

This sadly reminds me of the new documentary The Syndrome, about Shaken Baby Syndrome. It’s not available to rent yet — still on the festival circuit — but it echoes the theme of never believing a caregiver when a child is hurt, even when the evidence is flimsy…or non-existent. We sure do love to see abuse where only bad luck has struck. – L 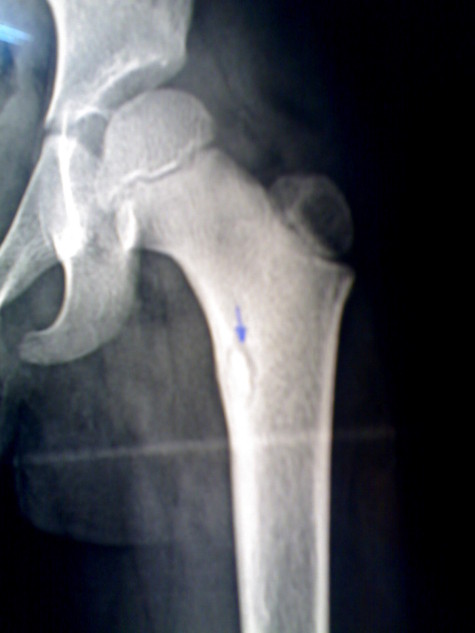 Xray vision…but not for justice.

MEITIV FAMILY IN MARYLAND CLEARED OF ALL CHARGES!
One Joke to 5th Graders Gets World’s Greatest Teacher Removed from Classroom