This tthhhshrti
oped in today’s New York Times is important:

The Wrong Way to Keep Kids Safe From Predators

My heart is racing as he kisses my cheek. â€œBye, Mom,â€ he says. Then he grabs his backpack and walks away. I want to snatch him back. Iâ€™ll settle for puking instead.

Itâ€™s the summer of 2015, and my baby is going off to camp. Itâ€™s 3,000 miles away. Itâ€™s his first time flying on a plane by himself. When he gets to the other side, a stranger will pick him up and drive him to the Poconos. To a cabin Iâ€™ve never seen. To sleep in some foreign, far-off bed.

Although heâ€™s only 9, my boy fears none of this. On the contrary, heâ€™s excited about the adventure. My son is unusually independent, which doesnâ€™t surprise me.

It hasnâ€™t been easy taking this approach to parenting. When I was 8, a sadistic pedophile decided to make me his victim. He terrorized me for the next six years and left me a nervous wreck for the rest of my life.

Despite that terror — or actually, because of it — Michelle decided to raise her child with LESS hovering. While today’s societal belief is that any time children are unsupervised they are in danger, this mom recognized two big truths. First, that our obsession with stranger-danger points us in exactly the wrong direction:

My abuser convinced my mother â€” and many other mothers â€” that he was a nice, trustworthy guy. Believing this, my broke, single mom eagerly accepted his offer to provide free child care. She thought it was safer to have me stay with him than for me to walk home from school alone.

Now that I have a kid, Iâ€™ve noticed that most parents think like this. They believe children are safe only when they are in the care of adults, in part because kids have to be protected from would-be pedophiles and abductors. But as a psychologist with an expertise in child abuse, I can tell you this theory is hogwash. Itâ€™s exceedingly rare for a child to be taken by a stranger, and in around 90 percent of sexual abuse cases, the perpetrator is someone the kid already knows.

The second truth she came to realize is this: Kids who are given the chance to walk to school, play unsupervised, and simply solve some problems ON THEIR OWN end up, naturally, more self-reliant. And that can make them safer, too:

Research on childrenâ€™s play suggests that when we donâ€™t allow our children to engage in so-called risky situations when they must face challenges and make decisions on their own, we rob them of the opportunity to develop self-confidence and risk management skills. In other words, we turn them into easy targets for the predators we are trying to protect them from.

Thatâ€™s why I always encouraged my son to do things on his own…. [A]t 9, when he expressed a desire to walk around town on his own, I let him.

None of this was easy for me… But I also know that the best way I can protect my son from bad people is to let him practice using his own wits to survive. He can do that only if Iâ€™m not hovering.

Contrast her steely realism with the stories flying around the internet today — the idea that kidnappers are ready to pounce on kids the second we turn our heads away, even when we are right there next to them atÂ the grocery, or Ikea. The take-away from those panics was, in the words of the Ikea mom:

Had I not been paying attention that dayâ€¦ or had I let my kids roam and play while I checked my phoneâ€¦ I may have lost one.

The nutty idea that glancing away from your child is all it takes to endanger them is the myth Michelle Stevens is out to explode. She is brave to do so, and it sounds like she’s raising a brave son. – L. 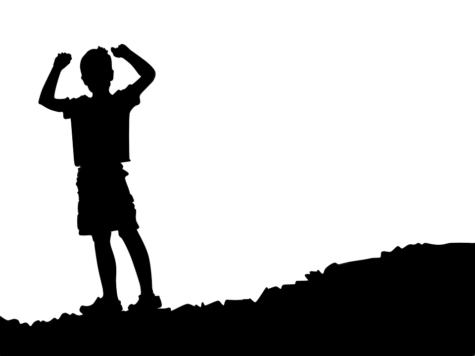 My mom doesn’t want me to be molested, the way she was. That’s why she lets me play outside unsupervised and walk home alone!

Mike Tang, The Dad Convicted for Making Son Walk a Mile, Responds to Critics AND Offers of Assistance
Boy Dies in Rotating Restaurant Tragedy. I’ll Bet You Can Guess What Happened Next

32 Responses to A Mom Molested as a Child Tells Parents: To Make Your Kids Safe from Sexual Predators STOP HOVERING