Readers — I was just responding to a woman who bravely lets her kids play outside even though she is almost consumed by horrible thoughts of the Cleveland kidnappings. For her, it’s personal: She used to live near there. But others feel it, too. So what I’m wondering about, that maybe some psychologists can explain, is this: Is this utter despair and empathy with victims new?

I mean, I know we have always felt sympathy for crime victims. And certainly my mom must have heard about kidnappings and child crimes. But I don’t think parents of her era felt as personally zdzetbsrsf
burdened by them as folks do today.

Of course the media play a role in keeping the saddest stories in front of us. But just as drunks get jolly in some countries and morose in others, depending on the social norm, there Â seems to be a new social norm about how we RESPOND to tragedy. And that’s what interests me: How did “dwelling” on tragedy, or sort of “mentally checking in on it” slip into the pantheon of normal feelings? How did we get so much more sensitive to sad news? It’s as if a layer of skin was peeled off. But somehow this new sensitivity doesn’t make us better people, just more scared and depressed.

P.S. Was about to press “Publish” when a reader sent in this excerpt from a blog post by actor/writer/blogger/raconteur Wil Wheaton. HeÂ was at the Phoenix Comic Con recently, when a fire alarm cleared the convention hall:

IÂ will share one observation: Iâ€™m 40, and Iâ€™ve been dealing with this sort of thing my whole life. Fire alarms go off, and most of the time itâ€™s a false alarm. No big deal. But when I looked around at the younger people, the teenagers and the twentysomethings, I saw a real fear in their eyes as they waited to find out what was going on. I heard lots of them talking about the bombing in Boston, and how they were genuinely afraid that there was some kind of bomb or something inside the building. Â It says something about the different worlds weâ€™ve grown up in, that my first reaction was â€œnot this againâ€ and theirs was â€œoh shit I hope itâ€™s not a bomb.â€

The immediacy of fatalism and terror — how did we get to this? It’s as if our whole society feels that optimism is such a pleasant feeling that we don’t deserve it. – L 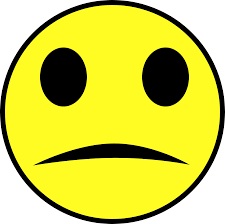