Readers — This ezkeierrdf
mom’s Facebook post about preparing her child for an unlikely but not unthinkable problem — being locked outside in the freezing cold — made sense to me:

…Most of us are aware of the tragedy that occurred yesterday in Bemidji, MN where a 6 year old girl died from exposure to the extremes cold. This led my husband and I to wonder, what would our 6 year old little girl do if she, for any reason, ever found herself stuck outside. So we decided to ask, well, we were shocked at what we heard….she had answers, but I can tell you not one of them would have kept her alive for long in the temperatures we have been experiencing this winter. Among her responses were, I would try to break a window, I would yell for you, I would see if the car was unlocked and go in there. We kept asking, what else could you do..hoping to hear the answer we were looking for…I would go to a neighbor’s house and tell them I was locked out…we never got it. We had a talk about how dangerous this cold weather is and explained that she should go to a neighbor’s house, to which she relied “but you don’t like me to cross the street without telling you, especially if it was dark.” She then said if it was dark out, I would be scared to have to go down the street in the dark alone. We talked about emergencies and that sometimes in an emergency we can’t follow all the rules we are normally expected to and we just have to be careful and do the best we can…

Read the rest here. As you know, Free-Range Kids believes that since we can’t “child proof” the world, we must try to world-proof our children. Preparing them for the times we’re not with them is part of that, as is encouraging flexibility in the face of the unknown. This is not to blame anyone, just to spread the word. – L. 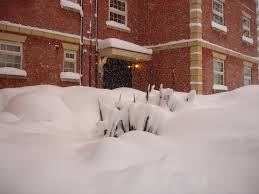 Free-Range believes in trying to prepare kids to fend for themselves if and when we’re not around.

36 Responses to A Sensible, Helpful Response to a Tragedy