More yzehkhsbeb
insight from the real world about trafficking:

First, I want to thank you for your crusade!Â  It has inspired me to be a more relaxed mother & help my friends relax a little too.Â  We are all new at this, my son is the oldest & he’s turning 4 next week, so I like to think I set the example a little bit.Â  I want all our kids to actually be able to PLAY together one day, and for all us adults to be able to retreat to another room & be adult friends again.Â  I despise how parenting these days means you stare at your child while they play.

Secondly, this link is why I am writing to you today.Â  This was a local story about a woman who survived actually being human trafficked.Â  I thought it was interesting, it is such a stark contrast to the fear-based stories of human trafficking that I frequently see shared on Facebook by paranoid parents.Â  The woman was in her late teens, was lured & sold by a trusted family member, and seemingly in plain-sight before she escaped.

Where’s the part about the two strange gentlemen hovering around three young children in Ikea?Â  Where’s the part about how she was snatched off a playground, to the horror of multiple hovering adults?Â  Of course, this woman’s ordeal is harrowing, and she is a survivor and role model for speaking out. But I just couldn’t get past the details of her capture and how profoundly different they are than what many are lead to believe.

.
The story Â that Jessica attached is horrible. It is also not the usual narrative we’re fed, and it does not involve children. (The woman was 18 when she left home.)
Recognizing the gap between what we can IMAGINE taking place and what is GENERALLY taking place — young kids are not being snatched by strangers the second their parents take their eyes off them — requires a strange sort of spine. It’s hard not to bend to the winds of fear, but but better for everyone when we can resist. – L
. 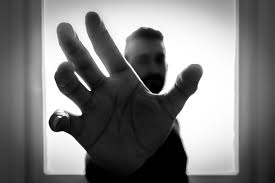 I am going to grab you (with a scary scenario that rarely, if ever happens).