In an effort to protect our children, the US House of Representatives passed a law mandating a 15-year minimum sentence for teens who sext.

That’s not making our kids safer. It’s the opposite.

Rosalind zitbnbfikr
Wiseman, author of Queen Bees and Wannabes (the inspiration for Mean Girls) and many other wise books, runs a blog and movement called Cultures of Dignity, and this month it explains why the bill is terrible and what we can do about it:

Teens, sex, and social media. Itâ€™s a combination that understandably makes many adults really anxious. Unfortunately, when adults get anxious their reactions are often counterproductive to addressing the problem theyâ€™re trying to solve. Consider the following: should an 8th grade girl who sends a topless picture to a guy she has a crush on have to serve prison time? Should a boy who sends a picture of his genitals to his friend as a joke be registered as a sex offender?

HR 1761 has just passed the House and is now in the Senate: Its purpose is to â€œamend title 18, United States Code, to criminalize the knowing consent of the visual depiction, or live transmission, of a minor engaged in sexually explicit conduct, and for other purposes.â€ Under the law, the defendant must serve aÂ mandatory minimum of 15 yearsÂ in prison, even if the attempt wasnâ€™t completed, and be placed on the sex offenders registry for life.

The bill is intended to stop childÂ pornography. Obviously a good thing. But this bill treats a child molester who takes, solicits, or has possession of a sexually inappropriate picture of a minor the same as a fifteen year old girl who sends a picture of herself in her bra and underwear to her crush.

Our job at Cultures of Dignity is to understand the experiences of young people and give them the best tools to navigate their social lives with their dignity intact. Simultaneously, we hold adults accountable to be credible authority figures and stewards of young peopleâ€™s emotional and physical well-being.

This bill is a perfect example of an adultâ€™s good intention gone sideways.

As Rep. Mike Johnson (LA), the legislator who drafted the law, puts it, â€œThe Protection Against Child Exploitation Act is a common-sense step to better protect our children from depraved sexual predators.â€

The vast majority of teens are not depraved sexual predators. They are young people coming into their sexuality in a time where they have the means to display that sexuality publicly. So whether we like it or not, itâ€™s not uncommon for young people to send sexually â€œinappropriateâ€ pictures to theirÂ peers. Itâ€™s not unusual for a boy to send a picture of his genitals to a friend for no â€œrealâ€ reason. And itâ€™s really not unusual for young people to ask each other for sexy pictures.Â

We understand why adults don’t want young people sending these kinds of picturesÂ but itâ€™s dangerous and unethical for lawmakers to write and pass laws that canâ€™t tell the difference between a sexual predator and a young person who is going through adolescence. Â

Whatâ€™s even more frustrating is that Congress rejected Rep. Jackson Lee proposedÂ amendment to ensure minors are not punished as sex offenders.

Wiseman asks adults AND teens to write to their senators and ask them to vote no on this bill.

I’m asking you the same.

Click here to find your senators’ email and snail mail addresses. That’s what I just did and here’s what i wrote:

Spread the word. The future you save could be your own child’s. – L. 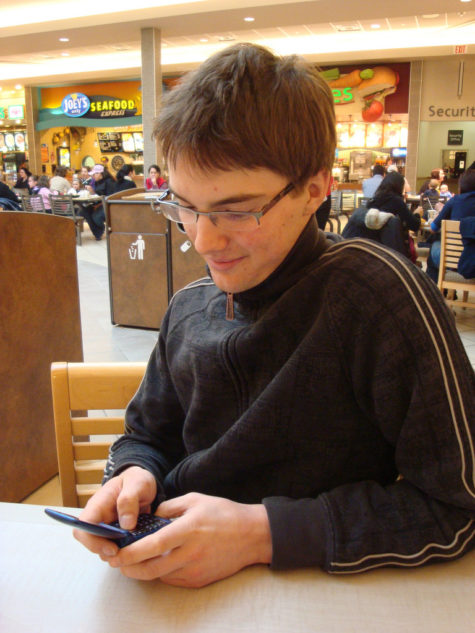