Below are some tips sent to me because, as a mommy blogger, I am assumed to be constantly looking for some expert to tell clueless, flummoxed me how to talk to my kids about __________.

Fill in the blank. Something awful. It could be ticks, cancer, earthquakes or, God help us, the election. Today (somewhat belatedly, no?) I got an email with advice from a psychologistÂ on “How zybdkynhzf
to Approach Mass Shootings with Your Child.”

Um, most of us do not approach mass shootings. We run away.

But of course, it’sÂ really about how to approach the topic ofÂ mass shootings with your child. Even so, my m.o. is the same: Avoid it.

Even when my kids were younger, I did not feel compelled to sit down and talk to them about all the terrible things that appear on the news, because I didn’t have them watch the news. To me, watching the news is like drinking a little vial of poison. You feel awful afterwards and want to die. (On the other hand, you do know tomorrow’s weather.)

But even if somehow a mass shooting did come to my kids’ consciousness, I think two of the tips I received are terrible:

*Explain through an analogy.Â Rather than giving your children a lengthy lecture on the history of terrorism, gun control, and politics, offer them an analogy from their favorite cartoon.

So I sit them down and brightly say, “Well, imagine if Arthur and his friends were at a birthday party and a man with an automatic rifle…” Or, “One day, Winnie the Pooh got really mad at all the other animals and wanted to kill them, but also wanted to kill himself…” Hmm. And —

*Teach them to be careful. At the end of the day, what these tragedies teach us is that we should always remain alert. Instill in your young one a sense of vigilance that can save others and themselves in the long run.

We should always remain alert to what? People entering a club? Males? Gays? Bars? Remain alert to the possibility that the worst possible thing — an unprecedented crime on American soil — could happen on any given day? Perhaps on the Magic School Bus?

The idea that only your children’s vigilance can save them “in the long run” is also wrong. You can be really vigilant and still not save yourself from a murderer. And being ever-vigilant sounds like looking at the world through mass-shootings-colored glasses.

We are so awash in advice overload that we don’t even question why experts keep telling us how to do the most basic, natural things, like talking to our own kids. Â In fact, just an hour or two after getting this “Orlando” press release, I got another from yet another pair of shrinks on how to make sure my child does not become a terrorist.

After almost any tragedy, from earthquakes to shootings, we are inundated with tips. In fact, in the face of almost any event, even daylight savings time, the advice givers flood the airwaves, telling us how to prepare, react or survive. Mark my words, as the school year approaches, we will be awash in “How to prepare for the school year” must-do’s, as if it’s a Category 3 Cyclone.

Experts make it seem as if everything having to do with our kids is fraught with pitfalls, and that our kids are so delicate that if we Â screw-up, they’re toast.

Fortunately, that is just not true. Our species is resilient, parents don’t need to be perfect, kids will hear a ton of terrible stuff and, for the most part, deal with it. (I remember one reader writing to say that her children’s bible had a passage, “Then Jesus went away.” Like to Bermuda.)

Want advice on how to talk to your kids? Start talking to them and see what sticks. – L. 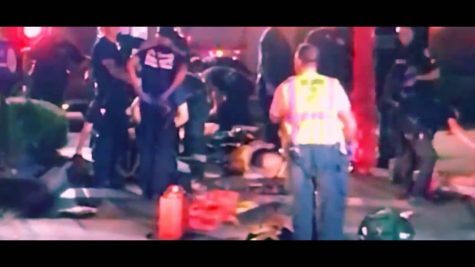 The Orlando shooting (that you do not have to discuss with your kids).

advice, after a shooting, how to talk to kids, parenting advice, talking about the news, trauma advice, watching the news

31 Responses to Advice About Parenting Advice