Readers trahkkthzh
— This mom needs your advice. So do I!

Dear Free-Range Kids:  I am a long time follower and was doing Free-Range before I knew what Free-Range was. (We are also unschoolers a la Peter Gray – before he knew what that was lol.)I have 6 children, ages 20 yrs to 7 months.

We live in a fairly larger metro of appx 2m (Kansas City if that is relevant).  It is fairly diverse on an economic, racial, education, etc level.  Our city is really struggling with what would best be described as large groups of roving youth.  Concern about the potential and actual behavior of these groups has contributed to our city really cracking down on the ability of all kids to be treated in a Free-Range way.  Most cities (our metro is made up of a large number of “suburbs) have some type of day and night curfew.  Certain “entertainment districts” have even more strict curfews over the summer months in response to fights, intimidation, gun crimes, etc by youth.

There is talk about even limiting the ability of youth to be at the zoo by themselves.  Our closest movie theater does not allow anyone under the age of 18 on the property without a parent/guardian at any time — this was not a corporate decision, but based on experiences that management had at that specific theater.

Over the weekend multiple fights broke out at a large (and expensive!) amusement park in town — leaving folks to wonder if new rules should be implemented, and many others to question if they would be comfortable allowing their own teens to enjoy the park in the future.

So how are Free-Rangers to handle this on both a personal and a society wide level?  Some argue that it is “lack of things to do” for the kids — but often they are actually at places designed for their enjoyment (movies, zoo, amusement park).  Additionally, part of “Free-Range” has always seemed to be the importance of free time for kids/teens to fill creating their own lives.  The youth in question range in age from 11 or 12 through late teens.

I know that we aren’t going to solve all of the social ills at FRK — I’m just wondering about practical, concrete steps we can take individually and collectively to encourage and support a culture of Free-Range.

Dear Jessica: It feels like a sort of virus has overtaken the kids there — a combination of malaise, boredom, not being “needed” (like, say, working as a mother’s helper or grocery clerk) and entropy (if that’s the word for bad things just getting worse, thanks to nothing else changing).

Society-wise I think the answer is incorporating young people into the real fabric of the city, not just as takers consuming ever more amusements, but as givers — building parks, visiting the elderly, or simply having to rise to responsibility. But in the meantime, what might make sense is getting your local neighborhood together for a party or meeting, and brainstorming ideas for projects for the rest of the summer. Can the “youths” paint a mural downtown or run a camp with minimal adult supervision? Can they commit to cleaning up some forlorn part of town and be rewarded somehow?

I realize these are ideas that need adult involvement, at least to get them off the ground, but it feels like the young people really need a star-over for the summer, and maybe it literally takes a village. I look forward to hearing what happens there, and also to all the readers’ ideas. – L 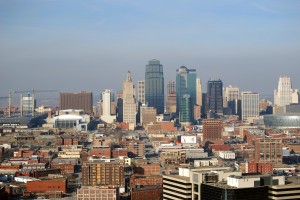 What’s the matter with Kansas (City)?

17 y.o. Who Sexted with Girlfriend Now Must Have His Erection Photographed by Cops
Cops Who Were Going to Induce Teen’s Erection Decide to Beat It

36 Responses to Advice Needed: How to Let Go in an Area With “Roving Youth” Problem?