July 10, 2016
.
Only arbehfrbin
in death, it seems, can a sex offender on the registry be considered a human worthy of love and sympathy.
Â .
Alton Sterling, the 37-year-old Baton Rouge man who was peddling CDs when he was shot by two police officers on Tuesday, was described by his friends quoted in this Reuters report as â€œa fun-loving guyâ€ who was also a hardworking dad â€œwho scraped together a living selling music recorded on compact discs.â€
Â .
â€œHe was a very nice guy, always smiling and laughing,â€ said Abdullah Muflahi, the owner of the store Sterling worked in front of.
Â .
â€œIâ€™d never seen him get out of hand with anyone,â€ said a woman who had just purchased a CD from Sterling.
.
A woman at a vigil for Sterling called him a â€œgood man,â€ who â€œnever bothered anyone.â€
Â .
Eleven paragraphs into what is truly an affecting portrait of a well-loved man gunned down in his prime, we learn that:
Â .

According to the Louisiana Department of Corrections, Sterling was convicted in 2000 for a crime against a minor that led him to spend about four years in prison and be registered as a sex offender.
Â .
A court document reviewed by Reuters showed that he was accused of having sex with a 14-year-old girl and impregnating her when he was 20.

Â .
He had a rap sheet of other crimes, too. But whatâ€™s most amazing to me is that usually when we hear of sex offenders who had sex with someone underage, we see them as a incorrigible monsters.Â They canâ€™t live near a park. They canâ€™t hand out Halloween candy. They are sometimes are not even allowed toÂ walk their own children to school. Their humanity is completely obliterated, even if they have served their time and are now just trying to live their lives. We at least give lip service to welcoming back most citizens returning home from prison. We recognize that people can change. But we treat sex offenders as permanently toxic.
Â .
This, even though of the nearly one million people on the sex offender registry, the vast majority will never commit a sex offense again.Â The U.S. Bureau of Justice Statistics found that sex offenders have the lowest recidivism rate of any criminals other than murderers.
.
It seems to take the shock of an unjust death to remind us that sex offenders can be humans — people worthy of a second chance.
.
It would be nice if we remembered that all the time. 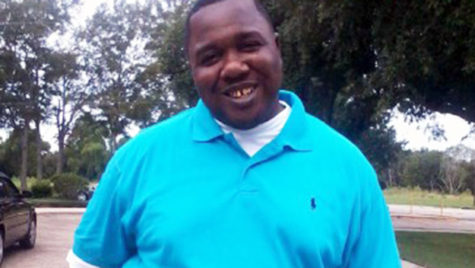