The eaeitifind
new-ish service, Hop Skip Drive, is basically Uber for kids. If parents are busy and they need their kids to get delivered somewhere — school, dance class, karate — some background-checked caregiver (all the drivers pictured are female) picks them up and deposits them. And naturally the parent can follow the entire ride with an app on their phone. Because…just because. Because our culture believes that if kids are not constantly supervised by their parents, either in person or electronically, they are in danger, the parents are negligent, and disaster looms.

And also because apps just do this.

So is this service a godsend or the end of childhood as we knew it?

On the one hand, the kids are being monitored like a NASA Â mission to Mars. On the other hand, when we expect parents — moms, in particular — to schlep their kids to multiple places for years on end, that’s a recipe for making sure the parents have no time or energy to do anything else.

And on the OTHER other hand (is that possible?), Â imagine if instead of all these extracurricular activities, kids just had some down time to play in their neighborhoods, and other kids did the same, fostering fun, community, creativity, freedom, fitness, responsibility and even joy. For free.

How do we dial back from a culture that believes kids aren’t learning unless they are in some sort of class or supervised activity?

Well, I was speaking at the LePort Montessori schoolsÂ in Virgina a few weeks ago, and their Vice President of Outreach, Heike Larson, proposed a great idea: Free-Range Fridays. That is, on Fridays (or any day — it doesn’t have to be alliterative), the school tells parents to not schedule anything after school for their kids. Then, just one mom or dad takes a whole bunch of them to a nearby park, where they can play till suppertime.

I guess eventually, if the kids live far from school, they will still have to be picked up. But this way they at least get an afternoon to do the most socially/emotionally educational thing around — simply play with a bunch of other kids.

Any other ideas to cut down on the after-school schlepping and paying routine are most welcome! – L. 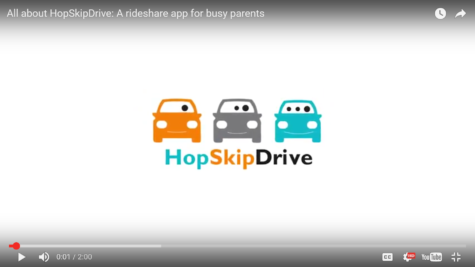 Whatever happened to hop, skip, JUMP?

Robot Nannies: Hooray?
Can a 4-Year-Old Walk to School? Or Walk 5 Miles in the Snow, In the Dark, in Siberian Winter, Lighting Fires When Necessary, to Fetch Help for Her Grandfather?

109 Responses to An Uber for Kids: Genius or the End of Childhood Freedom?