Dear tskidtrzya
Free-Range Kids:Â I’m currently being blasted in my local mom’s group for my questions about the events outlined in the police statement below.

Yes, I agree that a 40 year old man asking a 13 year old out for coffee is weird, but are we really calling that luring now? It saddens me to read the comments my fellow moms are making like, “I don’t want any men my daughter doesn’t know talking to her!” Why? We live in a well-off Chicago suburb that is known for being safe. From what I read below, all this man did was speak to a child and he’s being treated as a dangerous criminal about to strike at any moment.
Â
Sure, he was weird, but being weird isn’t a crime. The girl handled it appropriately – she was creeped out and ran away. The way the authorities are acting I thought I missed a paragraph where he followed and harassed her.
Â
Am I making light of a serious situation here? My daughter is only 17 months old, but my sons are 4.5 and 6, and rather than teach them to never ever speak to strangers, I teach them to trust their instincts and obviously never go off with someone they don’t know, but that generally people are good and nice. I hate that our community is jumping to the “all strangers are bad and scary!” extreme.
Â
I’ve pasted the police alert below.
Â
Thanks! — Corinne
Â .
THE ALERT:
Â .
On 12/13/2016 at approximatelyÂ 3:00 pm, the Westmont Police Department received a report of an alleged child luring incident in the area of 55th and Wilmette. A thirteen year old female told police she was walking home from her bus stop, when an older male driving a beige four door vehicle pulled up next to her and asked if she wanted to get a cup of coffee.Â  The student said no and ran home. Â Â

The male was described as a white male in his 40’s, dark hair, unshaven, wearing a tan plaid shirt. Â

The Westmont Police Department is currently investigating this incident, and at this time we have received only one call regarding this subject.Â  We are asking if anyone sees this vehicle or individual to call us atÂ 630-981-6300.Â  You can also call 911 if you believe you have seen the person matching this description.

Please speak to your kids about talking to strangers, and stress to them it is important to let you know if they are ever approached by a suspicious person. Â

I wrote back to Corinne that it sounds like the 40-year-old isÂ weird, or maybe wildly optimistic, and the girl clearly did the right thing by not getting into his car. And I Â didn’t even mind the cops making the basic announcement of what just happened. But that’s it. It’s not attempted luring to ask someone out. It’s asking someone out.Â

I’d add that when my friend’s daughter was 13, she looked like a Vogue cover model. So it’s possible the guy got the age wrong but was still mildly off-base.

Then Corinne wrote me back to say that someone had posted under her “don’t freak out” comments to say: “I hope one day no man ever asks your children to coffee.” Wrote Corrine (to me):

Â The subtle, passive aggressive comment that implies that I’m a bad parent because I don’t assume everyone is out to kidnap my children, as nice as they are. If you don’t jump to these wild conclusions you’re apparently being a bad parent.

And that’s the key. Our society reinforces the idea that if you’re not worst-first thinking — coming up with the worst-case scenario first and proceeding as if it’s likely to happen — you just don’t care enough, and deserve to be taught a painful lesson. This condemnation has become automatic: The less you freak out, the less decent a person you are. Rationality is treated like a character flaw.
Â .
It’s not. – L. 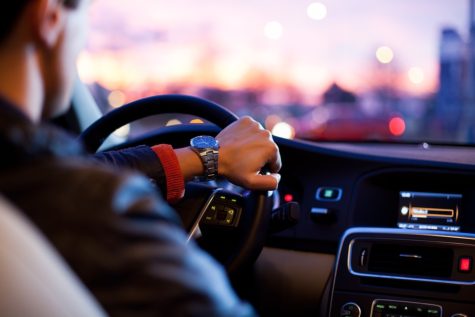 Would you like to go get a coffee, young lady? Heh, heh, heh.

I Live In Fear of My Kids Being Sent to Foster Care…Again
Advice Needed: My Child is Scared to Go Outside Without Me

82 Responses to Attempted Luring? Or Overreacting?