A Philadelphia area man with autism is being held on $100,000 bail for talking to some children.

The man, Daniel Lee, 26, of Wayne, PA, Â spoke to a group of three siblings, 8, 9 and 10 on Wednesday, asking them about their school and telling them he was on his way to a cabin in the woods. It’s unclear if he told the kids he wanted them to join him or not. (News accounts differ: See this hhedfbtdtt
and this.)

He walked off then found and talked to the kids again 20 minutes later near Wayne Elementary School, whereupon the children’s mom saw him and called the police. The police found the man in just two minutes.

Why so fast? My guess is because he was not a crafty creep trying to elude the authorities. He is a man with a disability that makes it hard for him to interact like a “normal” man around kids, which is apparently to never interact with them at all, but run in the opposite screaming, “Get away! I hate kids! I am not a predator!”

Now, WPVI “Action News” reports, Â Lee is in jail, “charged with Attempting to Lure Children into a structure, which is in reference to his statements about a cabin, corruption of the morals of a minor, and harassment.”

Corruption of morals? Really? How, exactly? He doesn’t seem to have said anything salacious. And police say that at no time did Lee make any physical contact or even attempt to make physical contact with the children. Yet here’s how the news anchor played up the story:

The big story on Action News tonight is word of an attempted luring at a Radnor Township school and police have a suspect in custody.

My God, they make it sound as if the kids just barely escaped a depraved menace. As the “suspect’s” mom explained to the reporter — and police — Daniel has autism, and sometimes likes to talk to kids.

But, WPVI reports, “The police say…they can’t take any chances.” After all, here’s a grown man, living at home, with a part time job at a movie theater. That’s the big time! Why cut him any slack?

A psychiatric evaluation will be performed and I guess if it’s determined that Daniel’s parents are not making up their son’s diagnosis, perhaps the charges will be dropped.

But shouldn’t the charges be dropped for anyone facing such an accusation? Is it really a crime to talk to kids about a cabin in the woods if you never touch or attempt to touch or grab them? Wouldn’t that make it a crime to read “Little Red Riding Hood” to a kid who isn’t your own?

Daniel’s mom said that she will teach Daniel that what he did was wrong. Who will teach the police that it’s wrong to throw a man in jail as if he’s a rapist when he clearly has special needs and hasn’t done anything more than talk to some neighborhood kids? – L 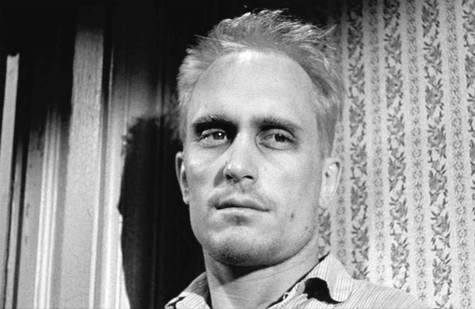 Boo! I must be nuts — I interact with kids who aren’t my own!Â

Kids and Metal Detecting: A Great Match!
No, Your Neighbors are NOT Going to Give Your Trick or Treater Ecstasy