A 5-year-old in Berwick, Pennsylvania, woke his dad up early on a Saturday morning and said it was time to go to school. Daddy told him no, hon, it’s Saturdayâ€”no school!â€”and went back to sleep.

Now the dad, Jeffry Wagner, is facing child endangerment charges. Unbeknownst to him, his son continued to get ready for school and ventured out into the chilly day to make his way to the bus stop.

Of course, no bus arrived, so the determined little boy started to walk to school. And then, reports CBS bezffaffty
Pittsburgh:

[A] motorist spotted him and called police, who picked up the boy.

Wagner waived a preliminary hearing Thursday and will face the charge in county court.

Because, of course, only the children of criminally negligent parents ever do anything unexpected.

And any child who ventures outside is immediately in such grave danger, no parent should ever allow it, even if they’re asleep.

And no cop has ever had anything similar happen to him or her, because it’s only abusive, don’t-deserve-their-kids parents who sleep in on Saturday mornings.

Throw the book at that sorry excuse for a papa! And let’s hope that someday the child understands that it was thanks to his early morning gumption that daddy’s doing time. That’ll make the whole family a lot more functional. – L

P.S. I walked to school as a 5-year-old back when it wasn’t considered on par with crossing the Alps on a pony. 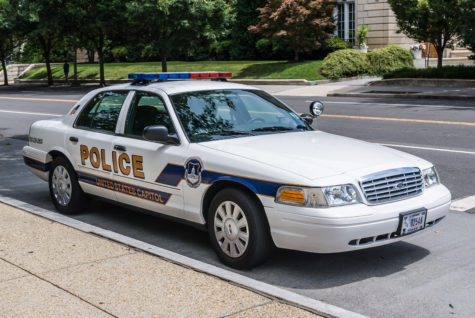 Sir, you are under arrest for not being all-seeing and all-knowing.

49 Responses to Boy, 5, Accidentally Walks to School on a Saturday Morning, While Dad Sleeps In. Cops Come Calling