Hi Folks! Here’s my piece in today’s Wall Street Journal. It’s not straight-on Free-Range, just a little slice of life. I hope this link works! (If not, maybe this one?) Anyway, the piece begins:

This is a tale of two breakfasts.

Breakfast when I was 15, staring at the back of a cereal box: “Hey kids! Help the Cap’n find his way home!”

Breakfast this morning with my son, 15: “Hey mom! Let me show you this commercial I saw during the game!”

He hops online, searches YouTube for a good 10th of a second, and immediately we are watching a very clever commercial for (sigh) PlayStation 4. It features two young men singing Lou Reed’s sweet, dark song, “Perfect Day,” while smiting each other in a ridiculously violent videogame.

I love it. One of Reed’s lyrics, “You keep me hanging on,” reminds me of the Supremes song with that refrain, so it is my turn to search YouTube to play my son a clip of them.

He (being 15) has never seen the Supremes. He likes the song. It reminds him—God knows how—of an Eminem song, so we watch a clip of that, in which Eminem samples Aerosmith. Which reminds me of an article I read in the other day in the Jewish newspaper the Forward about how Aerosmith came up with its hit “Walk This Way.” I Google it and — 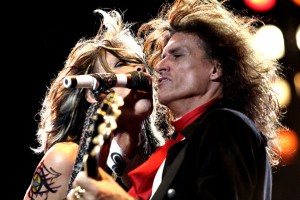 George Orwell and The Elf on the Shelf
Help Needed: Add to This Funny (but Sad) Poster

29 Responses to Breakfast of Algorithms