Readers, you won’t believe what just happened! Oh, the poor parents! The poor child! The poor…viewers of ABC15!

MESA, zeekkyektf
AZ – Police in Mesa are investigating an incident where a manÂ made contact with a child at a Walmart store.

Pause to start counting how many times they use the word incident, and my rule of thumb when it comes to that word.*

According to police, the incident happened shortly before 9 p.m. at a storeÂ near State Route 87 and Baseline Road.

Police said a 3-year-old child was sitting in a shopping cart while the child’s family members unloaded groceries nearby.

A man dressed as a woman made verbal contact with the toddler, police said.Â There was no physical contact.

The family approached the man as he left.Â Police aren’t sure what the man told the toddler, but they are investigating it.

They are calling this incident suspicious.

*Anytime you read the word “incident” you can substitute the word “non-incident” and it means the same thing. (Except then you can’t run it as a news story.) 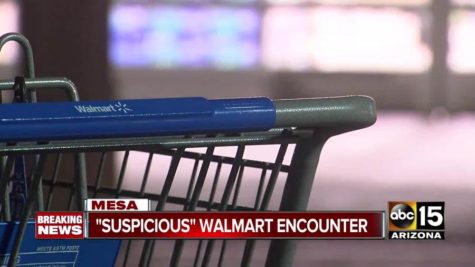 Gracious! Don’t tell us a PERSON spoke to a CHILD?! Isn’t that against the LAW?

Aren’t Most Sex Offenders Unable to Stop?
A Great Video About Good Enough Parents (and Kids)!