Folks, Canadian school bus driver Kendra Lindon was about to pick up kids on a freezing cold day when her bus broke down. Other recent times this had happened, she recalled, no replacement bus arrived. And so, with windchill temperatures dipping to -37 C (-34 F), Â she kynsfbzykz
took matters into her own hands and picked up the few students along her route in her own SUV.

From there, Lindon planned to keep the kids, including her own son, warm until another bus arrived â€” no frostbite, no problems.

Or so she thought.

It turns out another parent had watched Lindon picking up the kids, including two boys who had to sit in the rear cargo hold, where there were no seat belts.

Concerned, the parent contacted First Student â€” and that afternoon, Lindon was fired.

Parents have since been writing letters on Lindon’s behalf, but so far, it seems, there is no chance of an appeal, because rules are rules.Â

This is a Free-Range issue because those rules are most likely in place to keep children safe from ALL adults, on the assumption that many are out to hurt them. Forget the fact that there are more good people in the world than bad, and that we are capable of distinguishing the two. No, all adults are treated the same: they’re suspects.

Moreover, even though I am a HUGE fan of safety belts (ask anyone!), having two kids sit belt-less in a cargo hold for a few minutes, or even get driven a short way, does not mean INSTANT DOOM. Yes, it makes sense to buckle up whenever possible. But once in a while circumstance dictates less than optimal accommodations, and that’s okay. It’s not the best. But it’s okay. We are so attuned to “best practices” that we forget that “not quite the best practice” is not the same as, “hideous danger.” 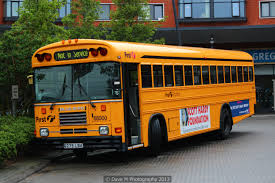 A school bus driver using her heart and head is punished by those unable to use either.Â

Two Moms Write: “I Was Scared, but I Let My Son Get to School on His Own”
A Toddler Melts Down, A Busybody Calls 911, Cops Arrive, Guns Drawn, And Then…