Hi kkbytzthfz
Readers: It is time to take Free-Range into the schools. How? See below. Why? Teachers have a huge influence not just on their students, but also on the students’ parents. Endorsing Free-Range ideas gives parents “permission” to try them at home. When they do, everyone wins! The teachers get kids who are more excited about the world. Parents get kids who are more confident and street smart.  The students themselves get to walk taller — they’re finally realizing how much they can do!  The benefits can be  truly life-changing (I’ll document more examples in later posts), but everyone needs a little push. Schools can provide that by giving kids a Free-Range project or two. Here’s the story of one teacher who did just that. It’s taken from my  book, Free-Range Kids:

How do you bake an Independence Cake?

A construction-paper poster in a sixth-grade classroom explains the steps. The poster is enormous, because the girl who made it decided that such a cake involves a whole lot of things. Walking to the grocery—alone. Shopping for the ingredients—alone. Walking home—alone. Etc., etc. When the cake is finally baking, it fills the air with an aroma sweeter than devil’s food. Can you smell it?

Natalie Kolba went through all that for extra credit in her social studies class at a New York City school called, bizarrely enough, N.E.S.T. + M. (That’s New Explorations into Science, Technology + Math, in case you were wondering.)The class is taught by twenty-something Joanna Drusin, who had read about my 9-year-old’s solo subway ride and had her students read about it too. When they were done, she told them: OK, now it’s your turn. Go do something Free Range.

The eleven-year-olds jumped into action and tried everything from making dinner to running errands to walking to school—all the kinds of sweet, simple things they would have been doing without a second thought if they’d been born in 1957 instead of 1997.

What was different was their heightened sense of adventure—and trepidation: “I thought they were going to abduct me,” wrote a young man who took the subway by himself to Saturday morning soccer practice. A girl who made a sunny-side-up egg all by herself admitted, “I was scared out of my wits that I was going to burn the apartment down.” Another boy proudly walked the five blocks to and from his local grocery, only to learn that his mom had been trailing him the whole time. Though he lives in one of New York’s safest, fanciest neighborhoods, he understood her impulse. “She was just worried.” Yet despite these fears on everyone’s part, the kids all loved their projects.

“I made it to the field with a grin on my face,” said Nikhil Massand. He’s the one who was afraid he was going to be abducted.

I visited Drusin’s classroom the day the students—five classes’ worth—handed in their assignments. Dozens of essays, posters, and mini-books festooned the room, describing Free-Range adventures with a lot of photos and exclamation points.

“Why do you think we did this?” Ms. Drusin asked her class. “Have I just gone completely crazy? Why did we do this?”

Hands shot up in the air. (N.E.S.T. is a school you have to test to get into. These kids are achievers.) The teacher pointed to a young man. “Yes?”

“Well, our lives aren’t that exciting. Maybe we have a few after-school hobbies, but mostly we go home and do our homework. You wanted us to do something exciting.”

Another hand went up. “You wanted us to see what we could achieve—do something that might be a little scary at first.”

“The whole idea was to see we don’t always need help doing something,” said another student.

But it was more than all that, too. As Drusin explained to her students, the school’s theme this year is exploration—a word you don’t usually hear in childhood anymore, except when it’s, “Let’s explore why you think the colonists rebelled.” The explorations are all intellectual. Because sixth grade is the first year of middle school here, Drusin felt it was time for her kids to try the other kind of exploring. The kind that got the colonists to America in the first place. And if you’re wondering how it felt for some of the other kids to do it, read on.

“For the very first time in my life, I decided to go shopping by myself to make a cake to surprise my parents,” begins the Independence Cake baker, Natalie. But “without my mom next to me, being further than three blocks from my house, I started to feel strange. I even jumped when some older woman asked me, ‘Where is your mommy, young lady?’” The store was half a mile from Natalie’s home, and on the way, she says, “I saw all these people and they looked angry to me—like everyone was about to reach out and snatch me.” This first solo walk of hers was “no laughing matter at all.”

Neither, as it turns out, was paying for the ingredients: “Spending your own allowance is not easy!” (Tell me about it.) But she did it anyway, to make sure the cake was truly, even financially, independent. Then she gathered her bags, started home, and discovered something startling: “The way back home seemed much shorter and more pleasant. Everything bad just flew away because I was already used to the walk.”

That same experience—terror on the way to a place and euphoria on the way back—echoed through several of the kids’ stories. Over and over they were shocked and delighted to find themselves more competent and confident than they had ever imagined. It’s like one of those dreams: suddenly, you’re flying.

The other dreamlike part of the adventure was how everything familiar became a little less familiar once the kids were on their own.

“I knew where I was going,” wrote Megan Mullaney of her walk to a grocery store. “But it was sort of like a different experience. Even though you’ve been there before, you’re more aware of your surroundings.”

We forget that one of the great joys of childhood is exactly that feeling: how the world that you drifted through holding on to your mother’s hand becomes your world when you start to navigate it on your own. And that’s as true of experiences as it is of landscapes. A girl who cooked all her own meals for a day declared, “Even though I knew what I had achieved was not that special, it still felt special.” Of course it did. Like a first kiss or first car, a whole new part of life had just begun.

Though most of the parents had not expected it this soon, a whole new part of life was beginning for them, too. The part where you start to let go.

This was not easy for all of them. One mom was not going to let her daughter do the project she proposed—knocking on neighbors’ doors in their apartment building to say hello—until the daughter came up with a compelling argument: “But mom, if there’s ever a fire, they could help us!”

Her door knocking netted her two new friends the same age who go to a different school. “And now we say hi to these people all around us.”

Teachers: Free-Range can work with any age kids. They’ll come up with their own ideas — if we let them. The goal is to re-normalize the idea of kids engaging with the world, not just organized or supervised activities. PLEASE TELL ME HOW IT GOES IF YOU HAVE YOUR STUDENTS DO A FREE-RANGE KIDS PROJECT. I will spread the word about what works! THIS IS THE NEXT FRONTIER. – L. 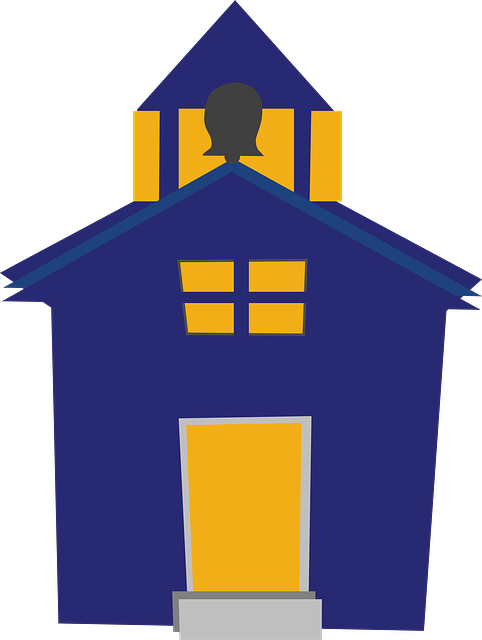 When a school gives kids a Free-Range project to do, they come back changed — proud, confident, ready to take on the world!

Don’t Fire This Teacher Over a Funny Photo of Her Students!
Want Your Child to Become a “GREAT LEADER?” It’s So Easy… If You Have a Credit Card!

40 Responses to Calling All Teachers & Principals! Free-Range Kids in the SCHOOLS