I wish I knew how to answer this dad, but I don’t, so I’m crowd-sourcing. If you’re a lawyer, or have been through a custody battle with Free-Range implications (here kashdtitey
the subject of a Law Review article), please weigh in.

The one resource I did direct the dad to is California Safe Routes to Schools.Â This organization believes in kids walking to school and tries to make sure all kids can. Here’sÂ the national site, in case you want to contact them yourselves. And I’ll be speaking at the Oregon Safe Routes to Schools conference in Eugene this Monday night, June 20Â — free! –Â in case you’re anywhere near there. Â Anyway, Â here’s the letter I just got:

My ex-wife is trying to get a court order that bars me from letting my nine-year old boy walk to school next year (he’ll be in the fourth grade). We live only 750 feet from the school and there is only one stop sign. She is a classic helicopter parent.
.
I am in the state of California. Can she legally do this?

I sure hope not. Here’s my blog’s list of state lawsÂ regarding kids and supervision. Looks like there is no California edict against 9-year-olds walking (thank goodness!). But I just don’t know how this plays out in custody disputes. – L. 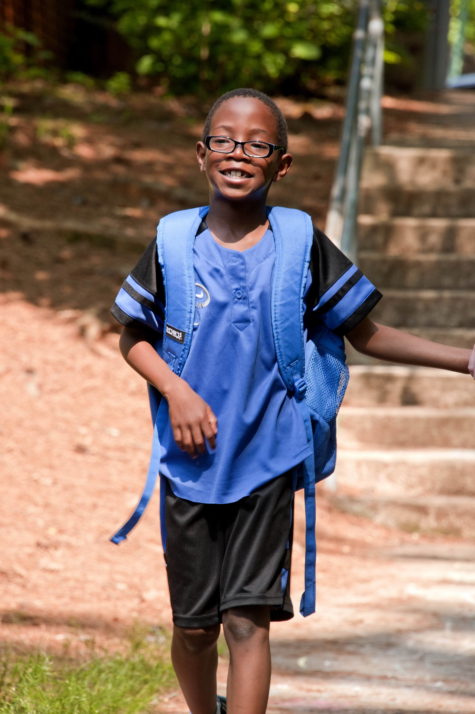 Walking to school at age 9 should not be considered a crazy-dangerous activity.

It’s Impossible to be a Parent in Our Hyper-Critical, Hyper-Vigilant, Picky, Panicked Culture
Of Alligators, Gorillas, Tragedy and Blame

52 Responses to Can My Ex-Wife Prevent Me From Letting Our 9-year-old Walk to School?