A new law in Rhode Island will make sex offenders living beyond 300 feet of a school move to a place at least 1000 feet from a school. They have 30 days to uproot their lives. Guess who thinks this will make children safer?

Only the R.I. Brotherhood of Correction Officers, which sponsored the bill.Â No one else. Not even law enforcers.

As this amazing ektnayfrkn
article by Amanda Milkovits in the Providence Journal reports (boldface mine):

Not only is it hard for anyone to up and find a new place to live in a single month, the new restrictions on where “offenders” can live leaves them only slivers of Providence that aren’t off limits.

Which might make sense, if these so-called residency restrictions made kids safer. But…

Jill S. Levenson, an associate professor of social work at Barry University in Miami and an expert on the impact of laws like Rhode Island’s 1,000-foot ban, said there’s no evidence that residence-restriction laws improve public safety.

“The laws are passed with good intentions. It seems like it makes sense: if they’re not living close to where children are, they’ll have less likelihood to form a relationship and be tempted,” said Levenson,

“The irony is,” she said, “in some ways it exacerbates factors that contribute to risk.”

As Shelly Stow writes on her blog, With Justice for All:

Most of Providenceâ€™s affected registered citizens have lived, quietly and offense-free, in their neighborhoods for years. Some own their homes. Many are senior citizens. A few have found other places to live. The majority are bewildered, facing homelessness and hopelessness. As one said,Â ” ‘The state has got to stop punishing us. We’ve paid for our crimes. What’s next?’ â€

That is an excellent question.

Here’s another question: Why do we let fear and hate determine our laws?

Joseph M. McNamara, a Warwick state representative who chairs the state Democratic Party…andÂ drove the amendment through the General Assembly, said he did so because “parents were panicking” when a sex offender moved into an apartment building 400 feet from a Warwick elementary school — and another moved into McNamara’s neighborhood in a home 800 feet from an elementary school.

Both offenders were complying with state law, but McNamara felt they were too close for comfort. “Being a retired school administrator, when you have a school community in a panic over these situations and children who believe they are going to an area that is insecure, it’s not conducive to education.”

So, here’s a radical idea: How about trying to reverse the panic with facts instead of giving in to it? While most people seem to believe that anyone labeled a “sex offender” is compelled to pounce on the next kid they see, the facts show otherwise:

Levenson, who has studied the impact of residency restrictions in Florida and co-authored books about sex-offender treatment, said the laws are often passed out of fear and panic of sex offenders snatching children off playgrounds. In reality, most victims are known to the offenders [not strangers].

She co-authored a study into a 2,500-foot rule in Jacksonville, Florida, that concluded there was no significant differences in citywide sex crimes or recidivist sex crimes.

That’s right! Residency restrictions did not make anyone safer! What’s more: EvenÂ The U.S. Department of Justice’s Bureau of Justice Statistics has concluded that sex offenders are less likely to be re-arrested than other criminal offenders.

So actual research shows that these laws do no one any good, and many people a truckload of bad. ButÂ the bill passed the House 71 to 2 (kudos to nay-voters Joseph Almeida and Edith Ajello), and the Senate 37 to 0. Gov. Raimondo signed it into law in July.

Panic and hatred have won. But somehow this was for the sake of the children. – L. 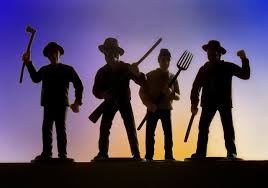 Why consider the facts when you can get mad instead?Â

Daycare Says They Will Report Me for Getting My Kid to School on My Bike
Tired of Worrying Someone Will Report You For Letting Your Kid Play Outside or Wait in Car?

87 Responses to Can We Please Stop Being Stupid and Cruel “For the Sake of the Children”?