Readers, great news from Port St. Lucie, Fla, where, this summer, Nicole eeyirifzdy
Gainey was arrested and taken to jail in handcuffs for letting her son, 7, walk to the park! Thanks to the Rutherford Institute for this story AND for arranging defense for the single mom!

Florida officials have agreed not to pursue the prosecution of a Florida mother who was arrested and charged with child neglect for allowing her 7-year-old son to visit a neighborhood playground located a half mile from their house. In doing so, the state has effectively put an end to the criminal case against Nicole Gainey. Attorneys for The Rutherford Institute, along with Miami-based criminal defense lawyer Brian H. Bieber, a partner at GrayRobinson, P.A., worked with state prosecutors to achieve a mutually agreeable resolution of the matter that resulted in the charges against Gainey being dropped. In addition to being charged with a third-degree criminal felony charge that carries with it a fine of up to $5,000 and 5 years in jail, Gainey was interrogated, arrested and handcuffed in front of her son, and transported to the local jail where she was physically searched, fingerprinted, photographed and held for seven hours.Â

â€œWhat this incident shows is that keeping young people safe and a parentâ€™s ability to know whatâ€™s appropriate for their children are not mutually exclusive goals,â€ said John W. Whitehead, president of The Rutherford Institute and author ofÂ A Government of Wolves: The Emerging American Police State.Â â€œAll is not lost as long as there are government officials willing to work through issues in a reasonable manner, exhibiting compassion and common sense and recognizing that there are better ways to deal with concerns about child safety than criminalizing parents. When all is said and done, however, what we really need is for the government to stop acting as if it can do a better job of managing our lives than we can, and that holds true whether youâ€™re talking about child rearing, health care or the surveillance state.

Compassion, reason and common sense are the baseline Free-Range Kids wants to see in all interactions with the government, especially when it comes to parenting. Let’s hope that this case becomes recognized as a watership (is that the word?) when issues of parents’ rights come up. – L 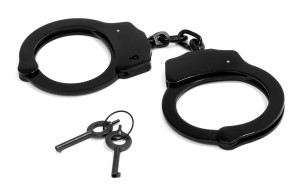 After handcuffing a mom who let her son walk to the playground, the charges are dropped. Gee, why? She sounds like such a threat.

48 Responses to Charges Against Mom Who Let 7 y.o. Walk to Park are DROPPED!