Here’s the scoop, short and sweet, kaibhfddhr
from Newday, about Colorado which Â may consider a ban on letting parents buy their pre-teens a smartphone:

A proposal cleared by state ballot officials for 2018 would ban the sale of smartphones to children younger than 13. Backers of the childhood smartphone ban would need about 300,000 voter signatures to get on the ballot.

It seems unlikely that 300,000 will support this measure, so I’m not too worried. But here are the details, in all their bureaucratic glory:

The ban would require cellphone retailers to ask customers how old the primary user of the smartphone is. They would have to submit monthly reports to the Colorado Department of Revenue stating they had done this.

Retailers that sell a phone for a youngster’s intended use could be fined $500, after a warning.

The campaign is being led by Denver-area dad Tim Farnum. Farnum is a doctor and tells The Coloradoan that smartphones are bad for young brains.

So one doctor is worried? Versus all the other people, including doctors, who get their kids cell phones?

Criminalizing parents who make childrearing decisions we don’t agree with is a terrible idea and has already resulted in parents arrested for things like letting their 7-year-olds walk home from the pool, or play in the park.

Colorado: Prove that we are not a nation swayed by the fearmongering, worst-firsters who would like to micromanage every aspect of our children’s lives!

Colorado kids: Text “Don’t treat me like a baby” to your state legislators! 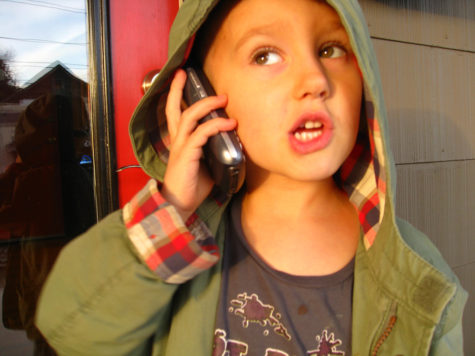 Hello, is this the county jail? Can I please speak to my parents? (Photo by Jason Lander.)

Wind Blows Car Door Shut with Baby Inside. Mom Calls 911 for Help, is Ticketed for Child Abuse
“Digging In Wet Sand is Dangerous”