Readers rrdbbstkhz
— How I love the ruling this judge made. So unhysterical. So human — note the passage I put in boldface. So why wasn’t the prosecutor as wise?

U.S. Supreme Court Justice Potter Stewart famously said that while he couldn’t define pornography, he knew it when he saw it.

Brooklyn Family Court Judge Steven Mostofsky (See Profile) suggested in a recent decision that he knows what’s not pornography when he sees it, and the images a camera-ready Brooklyn mother took of her kids are neither lewd nor obscene. Rather, Mostofsky said, they are the product of a mom who is perhaps a little too eager to capture the family’s Kodak moments.

“Any parent knows that you cannot raise a child without making a mistake in judgment from time to time,” Mostofsky wrote inÂ Matter of CW, NN-02628-6/13. “And unless that mistake endangers your child or you violate a statute you have the right to correct your mistake without government interference in your family life.”

The case began when a man lost his BlackBerry last April.

The person who found it noticed that there were numerous photographs of naked children and turned it into police. That resulted in a bench warrant, an investigation by the Brooklyn district attorney and the removal of four children, ranging in age from 7 to 1 based on allegations that the parents had promoted a sexual performance by a child and possessed obscene images.

I can’t believe the children were removed from this family when it sounds like anyone looking at the photos could see them for what they were: a proud parents’ pictures. And I’m sorry I only learned of this case recently. It took place in December.

Thank goodness for a sensible, sensitive, real-world Â judge. One big tenet of Free-Range Kids is that just because parents do something that YOU wouldn’t do, doesn’t mean it should be illegal unless it truly harms the child. What’s more — as the judge said — Â no parent is perfect, so to make sub-optimal parenting illegal is to make EVERY parent a potential criminal.Â

Read the rest of the story Â hereÂ (although I am having a hard time seeing it without signing up for the law journal). – L 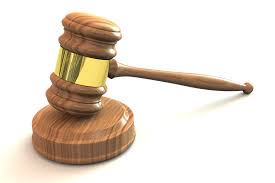 Push Your Middle Schooler to Take Risks
A Mom Lets Her Son Wait in the Car. An Onlooker Videotapes this “Crime”