A California dad putting his child in the rear-facing back seat of his Tesla was held at gunpoint by cops who thought they had cornered a kidnapper. Apparently someone called the Santa Clarita Valley sheriff’s office around one in the afternoon on Saturday, convinced they were witnessing one of those public abductions in broad daylight that are so common (on Law kfnazakyrs
& Order).

Or maybe they just wanted to torment a Tesla owner. Either way, St. Clarita’s local news source, The Signal, reports:

[T]he alleged abduction was just someone loading a child into a Tesla’s back seat, officials said.

“It was not a kidnapping,” said Lt. Rob Hahnlein.

“The new Teslas have a weird back seat and when they put the (child) in the back seat it looked like they were putting them in the trunk.”

As weird as the Teslas may be, weirder still is the idea that kids are getting scooped off the street by criminals in flashy cars that start at $75,000.

The Sheriff’s Department discovered the gray Tesla a short amount of time after the incident was reported and detained the driver at gun point.

“We’re going to investigate (a kidnapping) and detain whoever until we figure out that it is not a crime,” said Hahnlein.

The driver of the Tesla showed law enforcement officials how a passerby might mistake the incident as an abduction due to the design of the back seat.

The driver could help the cops, since he was not shot dead. No word of how the dad then explained the incident to his kid. “See, sometimes bad men shove kids into trunks, but this isn’t a trunk, it’s a Tesla…” 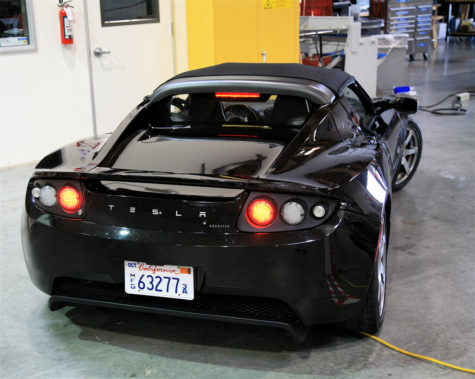 My Son Nearly Died Because I Took Him OUT of the Car
Dear Parents: An Adult Male Shared the Sidewalk with Some Students for an ENTIRE BLOCK!