Can’t tell you how fantastic it is to have Cory rniahihhta
Doctorow — Boing Boing co-editor, author of “Little Brother,” and general genius all around — recognize the new Free-Range Kids’ legislation and the role of this blog in bringing attention to the problem it tries to address. That is: parents getting harassed/investigated/arrested for allowing their kids some unsupervised time outside. Doctorow writes:

After years of documenting instances in which parents and kids are terrorized by law enforcement and child welfare authorities because the kids were allowed to be on their own in public places, the Free Range Kids movement has gotten some justice: a new Federal law gives its official okey-doke to parents who let their kids get to school on their own.

Section 8542 of the Every Student Succeeds Act specifically does not limit “a child from traveling to and from school on foot or by car, bus, or bike when the parents of the child have given permission” nor does it “expose parents to civil or criminal charges for allowing their child to responsibly and safely travel to and from school by a means the parents believe is age appropriate.”

It’s a largely symbolic victory, alas, as this does not preclude state and local dunderheads from passing laws that put parents in jeopardy for allowing their kids to be in public unaccompanied.

Yes, my joy tripled upon reading the word “dunderheads.” And yes, the victory is largely symbolic. But that’s a fine place to start. When parents write to me after they’ve just found out they’re in trouble for letting their kids out of their sight, I now send them the legislation, because at least they have something official, on record, signed by THE PRESIDENT, saying that it should be up to THEM to decide when to loosen the reins. That’s something! And again, thanks to Sen. Mike Lee in Utah for conceiving, writing, and sponsoring the amendment!

More in the coming days about how to build on this victory! – L 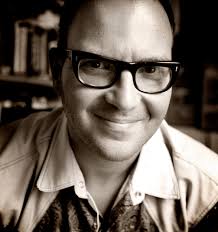 How an Obsession with Danger Embeds Itself in Everyday Life, Even When You Know It’s Insane
How to Fight the Laws and Culture That Mandate Helicopter Parenting