Long story short: A dad returning from Mexico with his 3-year-old daughter who has lighter skin than his is suspected of sex trafficking her. (And not to pile on, but it wasÂ a nfzrkhkitr
United flight.) Despite papa having her passport, his passport, AND a notarized letter from the mom saying that she gave them her permission to travel, the authorities felt compelled to act upon a “tip” — a tip that was nothing more than a passenger’s hunch fueled by the hysteria of the moment: That 3-year-olds are being trafficked right and left in the USA.

As the mom, high school teacher Maura Furfey, wrote on The Huffington Post:

After our 3-year-old snoozed on her fatherâ€™s lap for most of the flight, the plane landed. He texted me to tell me they had arrived. When the plane taxied to the gate, however, a number of officers from the Port Authority and Customs and Border Patrol boarded the plane, approached my husband and instructed him to grab his carry-ons and follow them. He and our daughter were escorted out of the plane before anyone else could get off.

Once out of the plane, four officers from Port Authority and Customs and Border Protection (CBP) surrounded them. They fired so many questions at him that he didnâ€™t know who was asking what. He had no idea what was going on. Our daughter started to cry in all of the commotion.

After asking about where our daughter was born, who was there, and where her birth certificate had been issued, they asked for my phone number; that was when they called me, asking me the same questions in order to verify the story. At that point they seemed satisfied that my husband was not, in fact, trafficking our daughter. They then told me that this accusation was not coming from the CBP, who were trained to identify these kind of situations, but from a passenger on the plane. They were following protocol to act on reported suspicions such as this.

So, some questions to mull:

1 – When and how can we stop granting credibility to any and all calls to the authorities? Just because someone “sees something” and “says something” doesn’t mean they are seeing anything truly of note. Let’s not act as if every easily terrified citizen is Sherlock Holmes.

2 – How can we dial back the obsession with sex trafficking? I was at a discussion of trafficking the other night and the number bandied about was “150,000 children a year in the US are trafficked.” But I can find no proof of anywhere near that number. Here is Elizabeth Nolan Brown’s piece on the phenom. She notes that while lawmakers used to cite 300,000 sex trafficking victims, that number was

based on 1990s data published in a non-peer-reviewed paper that the primary researcher, Richard Estes, no longer endorses. The authors of that study came up with their number by speculating that certain situationsâ€”i.e., living in public housing, being a runaway, having foreign parentsâ€”place minors at risk of potential exploitation by sex traffickers. They then simply counted up the number of kids in those situations. To make a bad measure worse, anyone who fell into more than one category was counted multiple times.

Now they just fudge the numbers. Wrote Brown, “These days, federal agencies tend to stick to the vague ‘thousands’ when discussing numbers of incoming victims.”

Obviously any trafficked young person is a scandal, but as SandiÂ Rozek,Â communications director for NARSOL, the National Association for Rational Sex Offense Laws, points out: “The saddest thing is that we finally reached the point where fathers are as connected to their children as mothers are. There are even diaper changing tables in some men’s restrooms!” Just watch out for all the onlookers who assume they are living in an action movie, constantly witnessing nefarious crimes being played out IN PUBLIC right in front of them.

Isn’t flying United enough of an adrenaline rush all by itself? – L 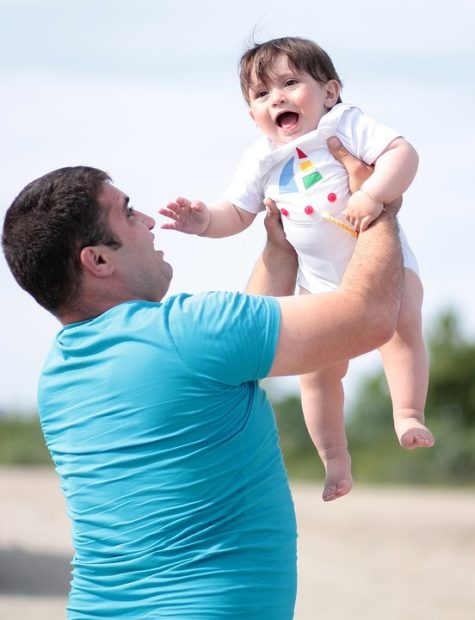 Man Gives $100 To Kids at Lemonade Stand, Police Want to Talk to Him
“When NOT to Call the Cops” — Genius on a Refrigerator Magnet