Readers isiyizadfe
— This is idea that someone should write their doctorate on.

Dear Free-Range Kids: During the height of this summer’s “hot car” hysteria, I found your website and it was like a lightbulb went off.Â  All the common sense I have stifled in the interest of being a “good mom” has a voice!Â  And a community!

Anyway, as I delved into your site, and came face to face with some of my ownÂ irrational fearÂ as a modern day mother of three children (ages 9, 7, and 4) I started to really wonder, what happened?Â  Like pretty much everyone else my age, growing up in the 80’s and early 90’s, I had an idyllic “Free-Range” childhood.Â  The last thing I would consider my ownÂ parents is neglectful or irresponsible.Â  So, where did this pervasive paranoia come from?Â  What exactly happened in the late 90’s and 2000’s?

As I pondered this, and thought about 24 hour news, and other logical explanations, one thing kept popping up in my head:Â Â  The Oprah Winfrey Show.

As I think about the litany of freak accidents and hidden dangers I need to be constantly worried about for my kids, almost everything has one common recurring element…I saw it on Oprah one time.Â  Baby drowning in an inch of water, healthy girl scrapes her knee and dies of MRSA, child decapitated by an airbag, carbon monoxide from the car in the garage kills the family, dry drowning, school shootings, home invasions, andÂ countless other tragedies. Â And then there are the abduction, molestation, andÂ sexual predator stories.Â Â These were typicallyÂ featured on Oprah at least once a week.

While I applaud Oprah’s efforts to raise awareness, catch truly horrible criminals, and break the silence of abuse victims, this HAD to have an impact on the perception that there is a predator around every corner, and you can never be too careful, because “ANYTHING could happen.”Â  After all, Oprah dominated the media during this time period, with an undisputed influence,Â particularly amongst mothers and housewives.Â  What do you think?Â  Have you ever considered the Oprah Show connection?Â  I would love to hear your thoughts.

Lenore here: After I emailed back to Laura, she said that the topics she listed were just the ones she recalled off the top of her head. Wow! Now it seems obvious to me that of COURSE Oprah and the daytime TV industry drummed up the fear to drum up the ratings.

And I always blamed the news and Law & Order. – L

UPDATE: This comment from below made sense to me too:

Oprahâ€™s recommendation of books probably didnâ€™t help, either. I learned early to avoid Oprah book club books because so many seemed to deal with child abuse or other dire circumstances. Lovely Bones comes to mind. 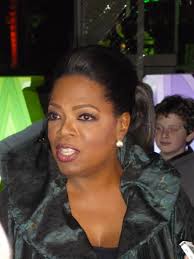 Be afraid. Be very afraid.

Is “No Stairs” a New Trend?
“Children Photographed without Consent,” Cops Say. Uh…So?

81 Responses to Did Oprah Make Us Terrified for Our Kids?