Hi Readers – Out of the blue, Disney has declared that no individual under age 14 can enter its parks solo anymore. According zkehntrrtb
to NBC News:

The child’s parent or guardian would then be contacted if the visitor is underage, and that adult would need to physically come accompany the child into the park.

Disney chose the age of 14 after the company surveyed its guests and reached out to organizations that deal with child welfare, [spokeswoman Suzi] Brown said. She said both the organizations and visitors agreed on the new age limit.

“That was the age they felt was appropriate,” she said. “That’s also the age the Red Cross recommends for babysitting.”

Heck, let’s make sure we infantilize kids as long as possible. This seems the same impulse that prompted Amtrak to suddenly raise its solo travel age from 8 to 13 — yes, a 5-year infantilization increase — a couple years ago.

Both new rules were not due to any incidents, just so-called concern. I guess the concern is that if you treat young adults like young adults, you just don’t care enough about child safety.  – L 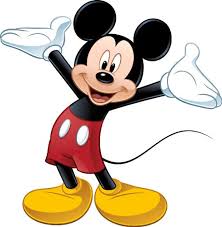 Hi there, young children! And by “young” I mean those capable of sexual reproduction…but not old enough to visit me by themselves!