The idea that if we are not continuously monitoring our children, we are sub-prime parents willfully endangering our kids — that is the next frontier Free-Rangers must assail.

The problem is that technology is so cheap and so pervasive, it keeps creeping into daily life as a “must have.” This fbhyitntnd
particular app below, still in development, is the apotheosis of things we don’t need for problems we don’t have. Its ad uses false cheer to redefine an ordinary parenting task as completely overwhelming. Then it presents a solution far better suited to hospitals than plain old homes: A way to take a child’s temperature all day long. At the end, the dad is shown relaxed because finally — FINALLY — he can glance at his smart phone and see his kid’s temperature, even when he is away at the office.

Question: Is there anyone who was UNrelaxed on daily basis because he DIDN’T have an update on his kid’s temperature all day long?

The New Yorker just ran a great article by Atul Guwande called “Overkill: America’s Epidemic of Unnecessary Care.” It’s about the problem of excessive medical testing, which leads to over-diagnosis, over -worry, and often, overkill in the form of unnecessary procedures (and the complications that sometimes ensue).

Once you start hunting for problems you will find them. And once parents are told they must be on the hunt 24/7, the result is not relaxation. It’s constant anxiety.

(And let’s not even think about what may happen if, someday, parents who choose NOT to constantly monitor their kids are considered — perhaps even legally — negligent.) – L

UPDATE: I don’t believe this product is a parody. Here is the company’s website. 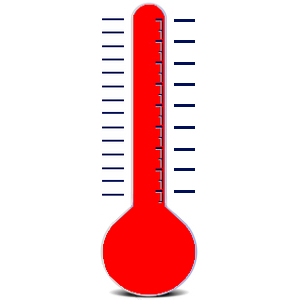 Is your child’s temperature 98.6? How about now? How about NOW? Keep checking all day long every day!